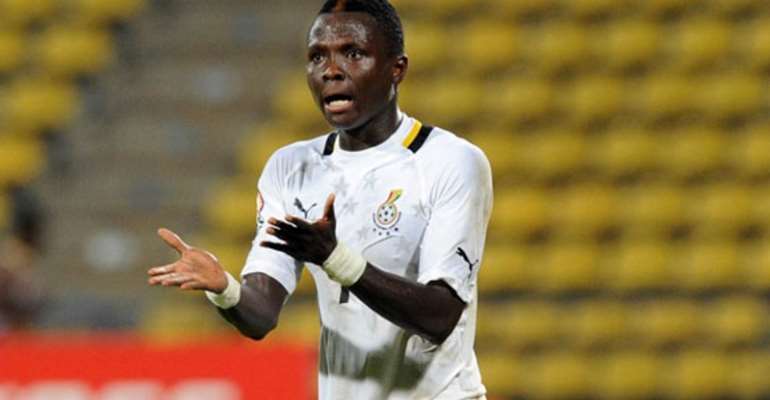 One of the finest right-backs to have graced the Ghana premier league between 2006 and 2010 is Samuel Inkoom.

Rising from the Windy Academy through to ‘Hasmal you Go Doooooo’ (Hasaacas), the Porcupine Warriors Kumasi Asante Kotoko found his performance cogent that they had nothing less to think than to get his signature.

He was influential in Asante Kotoko’s league triumph in the 2007/08 season under the tutelage of Coach Bashir Hayford.

He later joined FC Basel in the Swiss Super League in April 2009.

In September-October 2009, Samuel Inkoom helped the Black Satellite to lift the under twenty world cup in Egypt under Coach Sellas Tetteh.

He is popularly known as Eboue because he possesses a similar skillset and style of play of the Ivorian. One of his great attributes to his game is that he crosses with precision and intelligence.

In an interview on Atinka Fm on the Atinka Total Sports, he was asked if he will be a coach after his playing career? He answered, “Yes and continued to say that, as at that time he was at FC Basel, they were a lot and how to live after football”.

The former U-20 champion is now plying his trade for a Georgian Club Samtredia after leaving Dunav Ruse in Bulgaria.