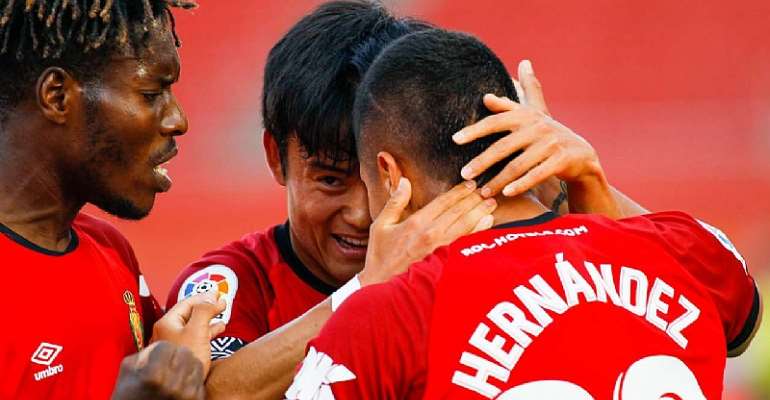 Ghana international, Lumor Agbenyenu has sustained a fresh injury after featuring for RCD Mallorca in their big win against Celta Vigo at home.

Having missed his team’s last two matches as a result of an injury he has been carrying, the left-back was today handed a starting role to help the relegation-threatened side fight for 3 points at the Visit Mallorca Estadi.

Lumor Agbenyenu appeared solid at the back as he made some surging runs upfront in the early parts of the game.

Unfortunately for Lumor, he went into a 50-50 challenge in the final minutes of the half which resulted in him picking up an injury.

Though it didn’t look serious, he looked in pain and had to be substituted by his manager.

RCD Mallorca went on to pick up all 3 points on the back of a 5-1 victory that has enhanced their chances of climbing out of the relegation zone.