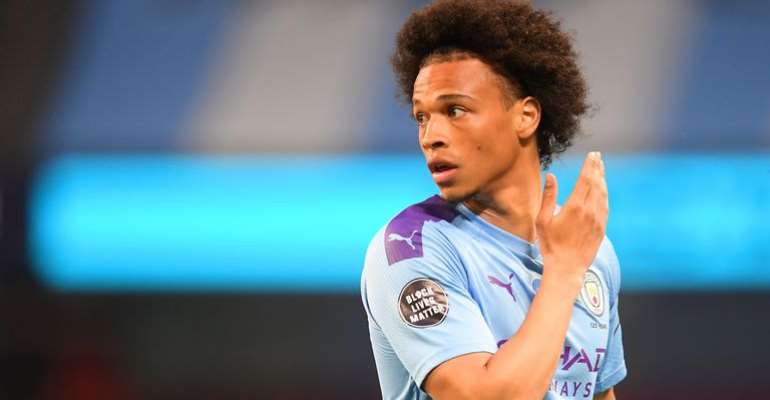 Leroy Sane of Manchester City looks on while showing the Black Lives Matter movement logo on his shirt sleeve during the Premier League match between Manchester City and Burnley FC at Etihad Stadium on June 22, 2020 in Manchester, England Image credit: Getty Images

Bayern Munich have agreed a deal to sign Leroy Sane from Manchester City, according to a report.

Sport Bild claim the Bundesliga champions will pay under €50 million for the 24-year-old, who has reportedly signed a five-year deal in Germany until 2025.

City boss Pep Guardiola had previously admitted the winger wanted to leave the Etihad and had turned down a new contract.

"When we make an offer to a player it's because we want him," the Spaniard said earlier in June.

"He has special quality. We want players who want to play with the club to achieve targets. He is a nice guy and I love him so much. I have nothing against - but he wants another adventure."

Sane picked up a serious knee injury in August's Community Shield and only returned to action as a substitute in City’s 5-0 win over Burnley last week.