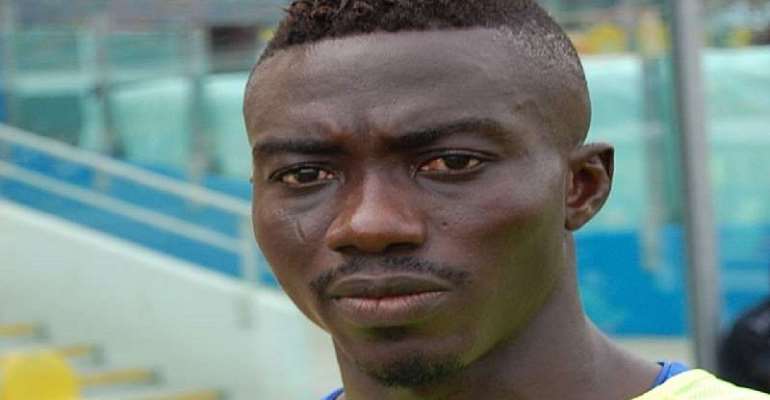 A former King Faisal FC defender, Akwasi Bobie Ansah has named Hearts of Oak legend, Bernard Dong Bortey as the toughest opponent he has ever played against in his career.

Bortey has been described as one of the most feared forward's to have ever played in teh Ghana Premier League.

Bobie who played for both Hearts of Oak and Asante Kotoko speaking to Akoma FM recounted how former Hearts of Oak kingpin Bernard Don Bortey gave him a tough time.

“It was my first match against Hearts of Oak when I was with King Faisal in 2004.

“It was a worse day in the office for me against Don Bortey.

“I was red-carded because I could not handle Don Bortey’s work rate.

“To be honest Don Bortey in his hay days was very difficult to deal with.

“He was not like Charles Taylor who will mostly want to dribble to delight the fans.

“Don Bortey will outwit you and make sure he finishes his work well.

“He was fast and very difficult to stop him when he has taken off,” the former King Faisal defender added.

Bobie Ansah started his career at Kumasi King Faisal Babies before joining the senior side on the recommendation of then coach Ralf Zumdick.

The 27-year-old spent four seasons at Hearts of Oak before moving to Asante Kotoko after the expiration of his contract.

He last played for Nigerian club, Sunshine Stars before leaving over contractual issues.