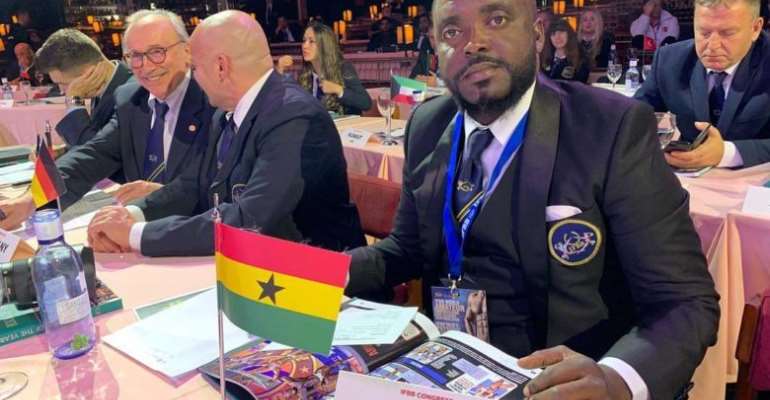 President of Cheetah FC, Abdul Hayee Yartey, has applauded Ghana Football Association (GFA) president, Kurt Okraku for changing the face of football despite being in office for less than a year.

Mr Okraku in his journey of becoming teh new FA president pledged to change football in the country when given the nod.

According to the renowned football administrator, Okraku's administration having inherited a desolated Association has done remarkably well in reviving it and giving it hope.

Mr Yartey scored Mr Okraku and his administration 90 per cent on his scorecard, adding that the interruption caused by the novel Coronavirus pandemic was the only reason the President would not score full marks.

"I think he (Kurt Okraku) has done very well because he never inherited a running FA. It was an FA with problems, it is not like there was a transition from Kwesi Nyantakyi to him. It's different, where our football was in trouble, where partners were running away and you have to bring back the love. And that slogan alone was something that was big," he told TV Africa.

"I will give him 90 per cent. Even the reason why I'm not giving him full marks is because of COVID and because of that sponsorship is not coming in but definitely he will get there."

Haye Yartey said it was refreshing to see how the GFA was taking marketing and branding of football to a new height that had not been experienced before.

He commended the administration for excellent communication and information flow.

"I have been in football for long and this is my first time seeing that apparently there are for instance 70 clubs in the Central region, there 103 clubs in Greater Accra. I'm now getting to know for the first time we have 400 and something referees. So we see good communication flow," he added.

Okraku was sworn into office in October 2019 after winning an election supervised by the FIFA Normalisation Committee.