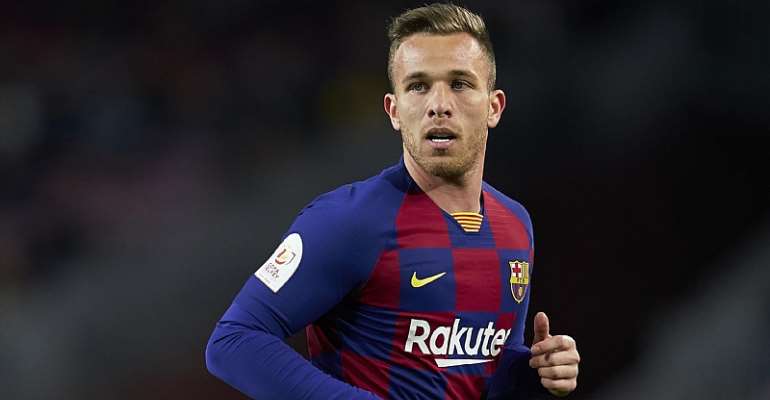 Arthur Melo of FC Barcelona looks on during the Copa del Rey Round of 16 match between FC Barcelona and CD Leganes at Camp Nou on January 30, 2020 in Barcelona, Spain Image credit: Getty Images

Barcelona have confirmed that they have reached an agreement with Juventus for the transfer of midfielder Arthur worth up to €82 million.

The 23-year-old moved to Camp Nou from his boyhood club Gremio in 2018 and has established himself as a regular in the Brazil first team since moving to Catalonia.

However, in recent weeks, Barca have been heavily linked with a move for Miralem Pjanic, and Arthur moving in the opposite direction suggest Pjanic may yet move to the Spanish champions from Juventus.

"FC Barcelona and Juventus FC have reached an agreement for the transfer of player Arthur Melo," a Barca statement read.

"The Italian club will pay 72 million euros, plus 10 million euros in variables. The player will remain at FC Barcelona until the end of official competition in the 2019/20 season."

Arthur will complete the season with Barca, who are locked in a tight battle for the Spanish title with Real Madrid and remain in the hunt for the Champions League.