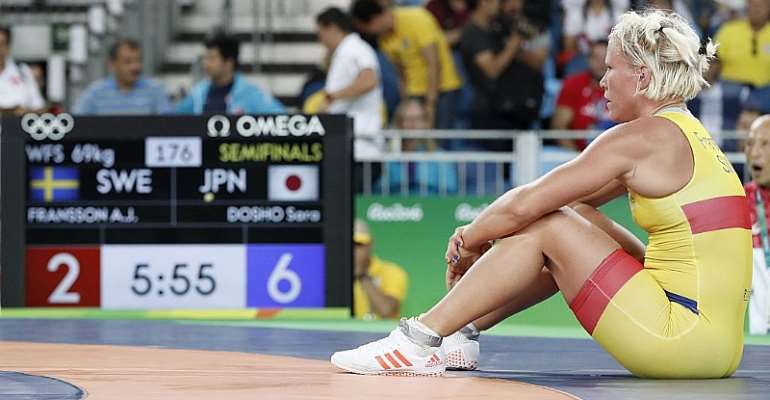 Olympic wrestling bronze medallist Jenny Fransson will miss the postponed Tokyo 2020 Olympic Games after she was given a four-year doping ban.

Fransson, a former world champion who claimed bronze in the 69 kilograms division at the 2016 Olympics in Rio de Janeiro, tested positive for methyltestosterone, an anabolic steroid.

The 32-year-old, provisionally suspended since January 28, will not be able to return until January 27 2024.

According to reports, Fransson has vowed to appeal the suspension, which rules her out of next year's Olympics in the Japanese capital.

Fransson had allegedly claimed the substance was ingested by mistake and also believes the Swedish laboratory which tested her sample did not follow World Anti-Doping Agency protocol.

The Swede, who won the 72kg world title in 2012, was second in the world rankings for the women's under-68kg division before being provisionally suspended.

She had been removed from Sweden's team for Tokyo 2020 after her anti-doping rule violation was confirmed following analysis of her 'B' sample.