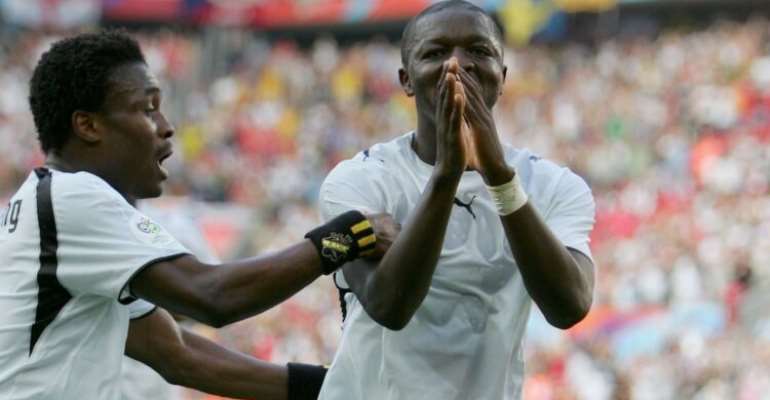 Former Ghana midfielder Derek Boateng has hailed former teammate, Sulley Muntari, describing him as the sincere player he has ever played with.

Muntari, a former AC Milan and Portsmouth midfield kingpin was touted many times by the public as the “bad boy” in the Black Stars team.

He is famously remembered for causing mayhem at the camp of the Black Stars during the 2014 World Cup where the midfielder together with teammate Kevin-Prince Boateng was sacked from camp for what was described as disruptive behaviour.

Despite the negative thoughts about the ex-Sunderland midfielder, Boateng, who played for Premier League side, Fulham claims his former teammate has been the most sincere player he ever came into contact with.

“Sulley Ali Muntari is the most sincere Black stars player I worked with, he always wanted the best for his colleagues,” Boateng spoke to Starr FM.

“He resisted a move by Black Stars officials to place local players in the economy class and foreign players in business class.”

At age 35, Muntari is yet to announce his retirement from the National team despite failing to make an appearance since 2014.

He has won the English FA Cup and the UEFA Champions League.