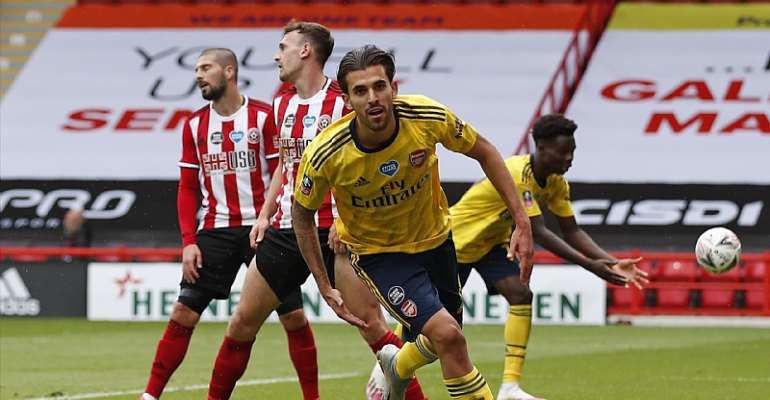 Dani Ceballos' injury-time goal put Arsenal into the semi-finals of the FA Cup, just moments after Sheffield United's David McGoldrick seemed to have sent the game into extra time.

Nicolas Pepe's slickly taken first-half penalty split the sides for most of the game after Chris Basham faintly caught the back of Alexandre Lacazette's heel just inside the penalty area.

The Blades twice had the ball in the back of the net either side of the opening goal as Mikel Arteta's side again struggled to defend set-pieces but on both occasions, John Lundstram and John Egan's efforts were correctly disallowed for offside.

Failure to deal with a Jack Robinson long throw gave McGoldrick the chance to volley home with three minutes remaining from close range.

The Blades then went hunting for a winner and soon after Billy Sharp was thwarted by Emiliano Martinez.

But the ball went down the other end and the on-loan Real Madrid man Ceballos sealed the visitors' path to the last four, striding past Enda Stevens before slotting inside Dean Henderson's near post a minute into added time.