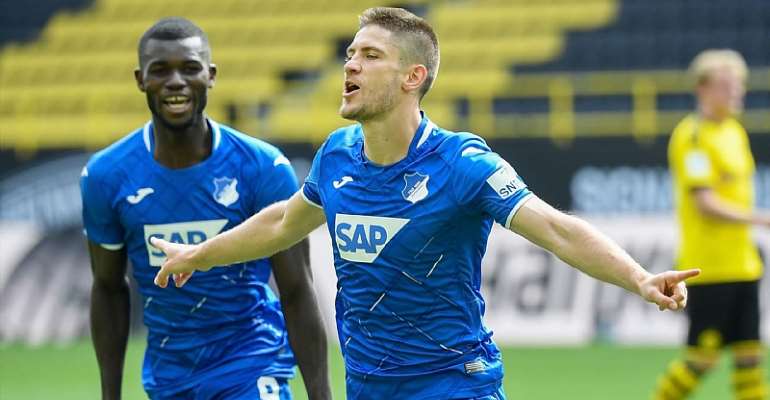 Andrej Kramaric scored four goals including a contender for goal of the season as Hoffenheim ended their Bundesliga campaign by dismantling Borussia Dortmund 4-0 away.

Lucien Favre's side, who handed Leo Balerdi his first start, had a defensive shocker and found themselves two down at the break despite having most of the possession.

The home side were continually let down by their final ball and found themselves 2-0 down when more lacklustre marking allowed Kramaric a tap in.

Favre brought on Jadon Sancho and Achraf Hakimi at the break but his side got even worse. Ihlas Bebou continued to tear their defence into shreds and fed Kramaric who completed his hat-trick.

And it went from bad to worse two minutes later when the visitors were awarded a soft penalty and Kramaric stepped up to score and become the first Hoffenheim player ever to bag four goals in a Bundesliga game, with Dortmund directors Michael Zorc and Matthias Sammers having faces like thunder sitting in the stands.

Dortmund continued to look like they were already on their beach holidays with Burki keeping the score down with some fantastic saves from substitute Christoph Baumgartner.

The result sees Hoffenheim overturn their negative goal difference to climb to sixth and clinch a place in the Europa League group stages while Favre's side already had second place sown up.