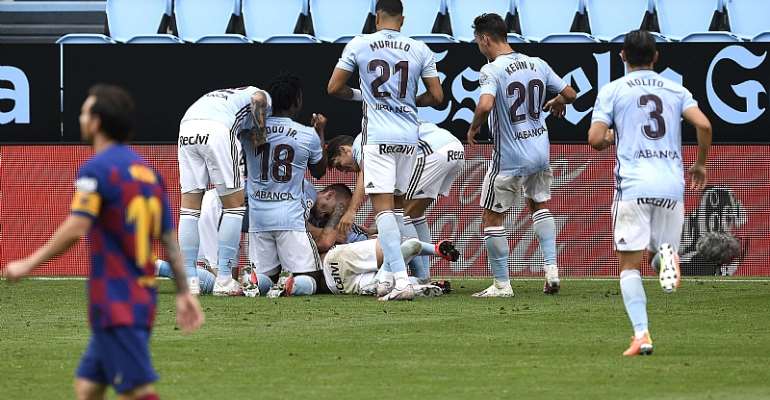 Ghana defender Joseph Aidoo featured for Celta Vigo on Saturday afternoon as the side drew 2-2 against FC Barcelona at the Abanca Balaidos in the Spanish La Liga.

Lionel Messi assisted Luiz Suarez for the away team’s first goal in the first half on the matchday before Fedor Smolov leveled the score for the home team on the 50th minute.

On the 67th minute, Messi combined with Luis Suarez once again to restore Barcelona’s lead. Unfortunately for the defending champions, a late free-kick converted by Celta Vigo captain Iago Aspas would deny them the needed win.

Ghana’s Joseph Aidoo played full-throttle in today’s game as he proved to be an important man in the defensive set-up of his side. The center-back made some crucial interceptions to complement his numerous clearances.

In line with the results produced by Celta Vigo, Barcelona’s quest for league triumph at the end of the season has been threatened.

A win for rivals Real Madrid in their game against Espanyol on Sunday will see the side opening a 3-point gap at the top.