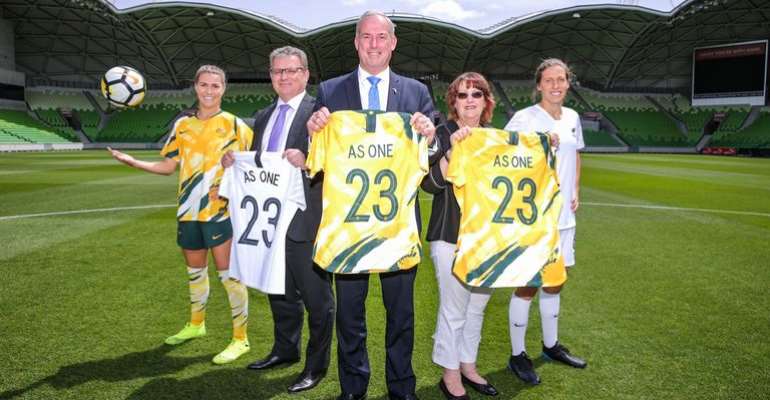 Australia and New Zealand will host the 2023 Women's World Cup, Fifa has announced.

The joint bid got the nod ahead of Colombia, which was the only other rival in the running after Brazil and Japan dropped out of the race earlier in June.

The competition is scheduled to take place from July to August 2023.

Fifa president Gianni Infantino said: "The bidding process was highly competitive. We would like to thank both of the bidders for their remarkable work. It was really, really well prepared."

The Australia and New Zealand bid received 22 of the 35 votes cast by the Fifa Council members, with Colombia getting 13 votes. Football Association chairman Greg Clarke voted for Colombia as did the other eight Uefa members.

Infantino said he was "surprised" by Uefa members voting for Colombia, despite the lower score in Fifa's technical evaluation of each bid. Colombia received a score of 2.8 out of 5.0, while Australia and New Zealand was marked 4.1

"These (technical bid) reports have to mean something," said Infantino.

Uefa said its members voted for Colombia as it "represented a strategic opportunity for the development of women's football in South America".

Infantino also suggested the women's tournament could be staged every two years and is keen for South America and Africa to stage it.

Infantino also announced a funding boost for the sport.

"We have decided to award $1bn (£805m) to the development of women's football in the coming four years," he said.

"We experienced last year in France a fantastic Women's World Cup. It broke all records. It brought women's football to a truly global stage."

The joint bid from Australia and New Zealand promised “an unprecedented level of investment” in the tournament.

This will be the first World Cup hosted across two of football's continental confederations (Australia are in the Asia confederation, while New Zealand are part of Oceania).

The president of New Zealand Football, Johanna Wood, said: "We believe we have been given a treasure, and we will look after that treasure.

"We will work towards putting women's football even more front and centre on the world stage."

The countries have proposed to stage matches at up to eight grounds in Australia:

And five stadiums in New Zealand: