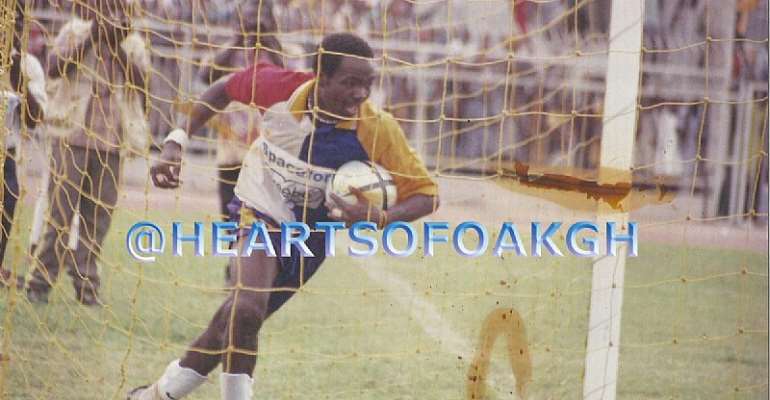 Former Ghana international, Prince Tagoe has charged Accra Hearts of Oak to focus on recruiting talented players if the club wants to rediscover its form of old days.

Nicknamed the Phobians, the Ghana Premier League giants have struggled to compete on the local scene as well as on the continent in the past decade.

The last time the club won a trophy was back in 2019 and since then, it has been one failure after the other on top of blame games from managing directors to board members.

In an interview with TV3’s Juliet Bawuah, former striker Prince Tagoe has made recommendations on how the Accra-based club can change its fortunes again.

“They should consider dealing with real talents instead of thinking that if a player’s manager is financially okay, they should help push him.

“The scouting team needs to really up their game because a good player will come but because they came with no manager even if he is good, they will end up picking someone else and leave him”, Prince Tagoe said.

The ex-Hearts of Oak attacker added “Talent is being overlooked, just look at Charles Taylor’s story. We have to go back to the days of recruiting even at the colts’ level and pick real talents”.

Prince Tagoe, 33, is regarded as one of the top players to ever play for the Rainbow family. His goalscoring prowess earned him the nickname 'the Prince of Goals' and he is a Golden boot winner in the Ghana Premier League.