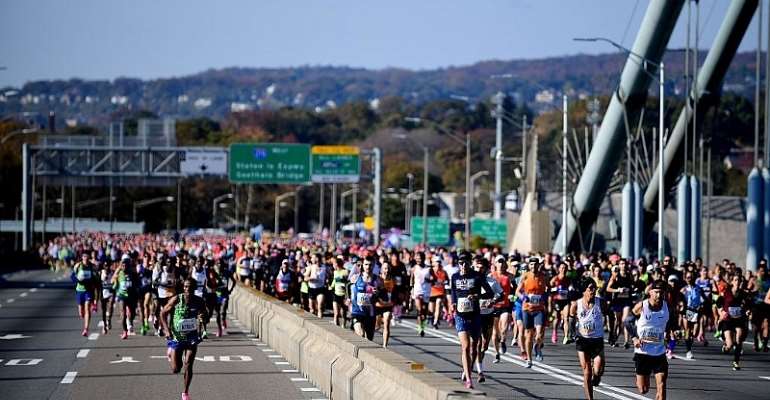 Marathons organisers in both New York and Berlin cancelled the events on Wednesday due to concerns regarding the Covid-19 pandemic.

The New York Road Runners, after consulting with New York Mayor Bill de Blasio, called off the planned 1 November race, what would have been the 50th edition of the world's largest marathon with more than 50,000 finishers expected.

"While the marathon is an iconic and beloved event in our city, I applaud New York Road Runners for putting the health and safety of both spectators and runners first," de Blasio said.

This marks the first year the New York race has not been contested since 2012, when Hurricane Sandy wiped out the event.

"Canceling this year's New York City Marathon is incredibly disappointing for everyone involved, but it was clearly the course we needed to follow from a health and safety perspective," said Michael Capiraso, president and chief executive officer of the New York Road Runners.

Next year's New York race date has been set for 7 November 2021.

Berlin marathon
Meanwhile, Berlin Marathon organisers cited trouble finding an alternative date due to the Covid-19 pandemic and called off the event that drew 62,000 runners in 2019.

In late April, a postponement was announced for the Berlin race, which had been scheduled for 27 September. But virus concerns forced the event to be scrapped altogether.

"Due to the weather conditions alone and shortening days, it's very difficult to hold the Berlin Marathon... before the end of this year," race director Juergen Jock said.

"The question of whether athletes will be able to travel internationally again by then cannot be answered now."

The city of Berlin has banned events with more than 5,000 participants since April.

The flat, fast course around Berlin's city center is where Kenyan Eliud Kipchoge set the men's world marathon record of 2 hours 01:39 minutes in 2018.

The decisions come just weeks after the Boston Marathon was canceled for the first time in its 124-year history.

The London Marathon has been postponed until 4 October while the Chicago Marathon remains scheduled for 11 October and the Paris Marathon is planned for 18 October.