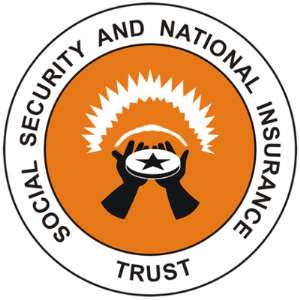 The Social Security and National Insurance Trust (SSNIT) has threatened to take legal action against the Ghana Football Association (GFA) over none registration of players.

While it is mandatory for all players playing in the country and registered with the Ghana FA to make monthly SSNIT contributions, it is believed that most clubs do not pay for their players.

In a bid to hold clubs responsible, SSNIT says they contacted the GFA in the past for the date of all registered players in the country to help decide on the necessary actions to be taken against the clubs.

Though the country’s football governing body refused to heed to calls from SSNIT, they have earlier this week released data of the number of players in their books to prove the number of people they are directly giving employment to.

After chancing on that data, SSNIT has decided it will take on the Ghana FA to ensure the thousands of players are registered by their outfit.

“We have written to the GFA to demand the data of players of all the premier league clubs but there was no response.

“We are happy they have released the data themselves, hence we will go there with their own data to give us details for us to register them”, Nkoo Joseph, player registration coordinator for SSNIT told Kumasi FM.

He added, “We have registered only fifteen out of the eighteen premier league clubs. We planned on going to the division one league clubs afterward.

“After the GFA president released their data of employing over 70,000 workers, we were stunned by the numbers hence suggesting they produce their SSNIT numbers.

“We had earlier taken legal action against Ashantigold which was later settled out of court. It’s constant we will take legal actions against the GFA if they do not heed to our advice”.