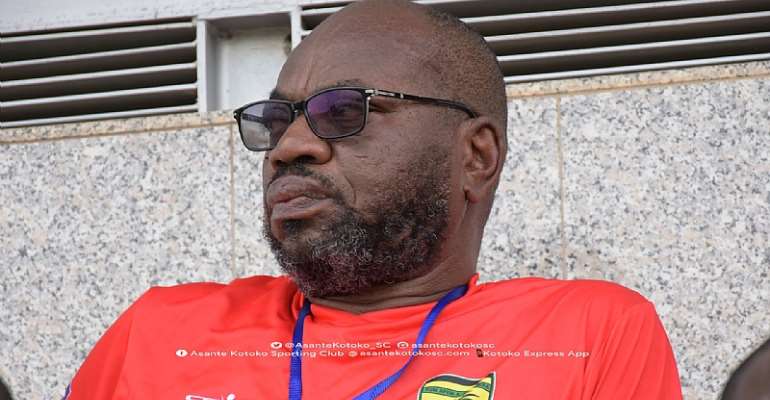 Former Asante Kotoko Chief Executive Officer (CEO), George Amoako has dismissed reports in the media that he has written to the club demanding his outstanding salary.

On Tuesday, reports emerged that the Ghana Football Association (GFA) Executive Council member had written to the Executive Board to demand for his five months’ unpaid salary following the dissolution of the management committee.

George Amoako, who headed the management of the club which was dissolved by the Executive Chairman of the club, Dr Kwame Kyei.

“I chanced upon a financial report that the former Executive Chairman now the Chairman of the Board had submitted to the Board which had nothing of me as the Chief Executive Officer as part of the administrative setup in that report”, he told Happy FM.

“Most importantly my outstanding salary from February to June had not been mention in the report to the Board.

"So when I realize that the Board will have no knowledge of that outstanding payment due me I quietly talked to some of the Board members to take it up at the meeting.

"I never wrote to the Board or spoke to any journalist about it.

“I don’t need to make noise before I receive myself. I haven't officially written to the board to demand my salary”, he added.

Asante Kotoko Supporters Chief Christopher Damenya has intervened and promised to settle the debt owed the former Chief Executive Officer of the club.

Akufo-Addo, Ken Take Ghana Back To HIPC – Mahama
20 minutes ago