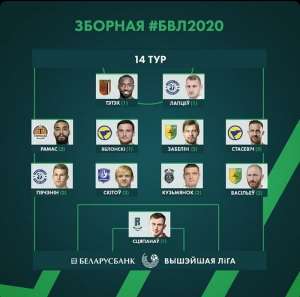 Dennis, who scored on his maiden game after returning from injury scored the winner and bagged all the three points for FC Slavia Mozyr.

The 23-year-old has been off the field nursing injuries.

Although this affected his dream to be the top goalscorer in the league or among the top scoring players chart as a striker, he proved to the fans the clinical goal poacher he is.

Tetteh climbed off the bench in the 46th minute in the second half to net the winning goal for his side in the 55th minute.

His goal enabled his team to claim all 3 points against Smolevichi on Friday 19th June,2020.