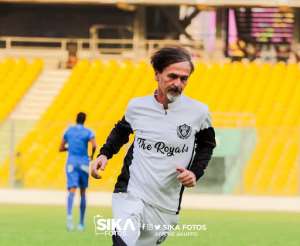 Head coach of Legon Cities, Goran Barjaktarevic has emerged as the highest-paid coach in the Ghana Premier League.

Over the years, it has been reported that players and coaches in the top-flight football are not been paid well due to the low patronage and the lack of sponsorship for clubs.

But no one has been able to reveal these low levels of salaries aside the usual rumours and the occasional revelation by former players in the media.

However, a report filed by Accra based Angel FM has revealed that the highest-paid coach in Ghana takes GH¢30,000 while others take home GH¢900 monthly.

Below is the list of some coaches and their monthly salaries from the report filed by Angel 102.9 FM.

Football in Ghana has come to standstill due to the outbreak of the coronavirus.

The Ghana Football Association (GFA) will announce a final decision on June 30.

However, the government has extended the ban on contact sports until July 31 in President Akufo Addo's 10th address of the nation.