La Liga: Sevilla Fight Back To Draw At Villarreal And Move Into Third Spot 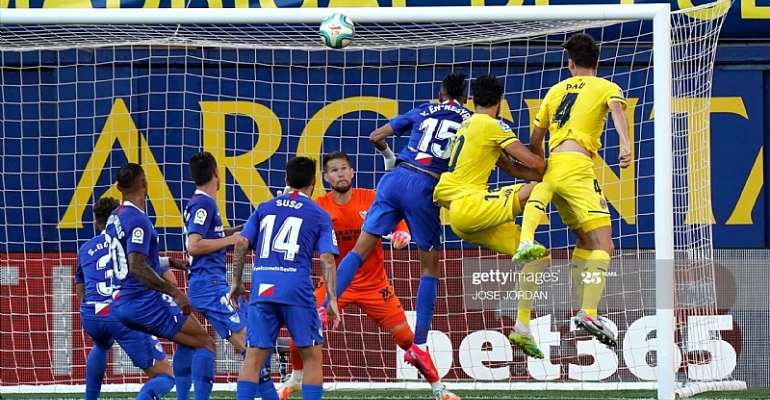 Sharp shooting allowed Sevilla to twice come from behind and take a valuable away point in a 2-2 draw at in-form Villarreal on Monday to move up to third place in La Liga.

The result consolidated Sevilla's hopes of a Champions League berth next season while inflicting a blow to similar ambitions held by the hosts, who moved up to sixth but are four points outside the top four.

Sevilla captain Sergio Escudero hammered home a stinging shot from outside the penalty area for the first equaliser just before the break and Munir El Haddadi's left-foot volley from an acute angle secured a draw at the Estadio de la Ceramica.

Paco Alcacer and Pau Torres both scored to put Villarreal 2-1 ahead at halftime as their side looked for a fourth straight win since La Liga returned after the Covid-19 lockdown.