I Used Kotoko, Hearts of Oak Matches To Prove My Worth - Don Bortey 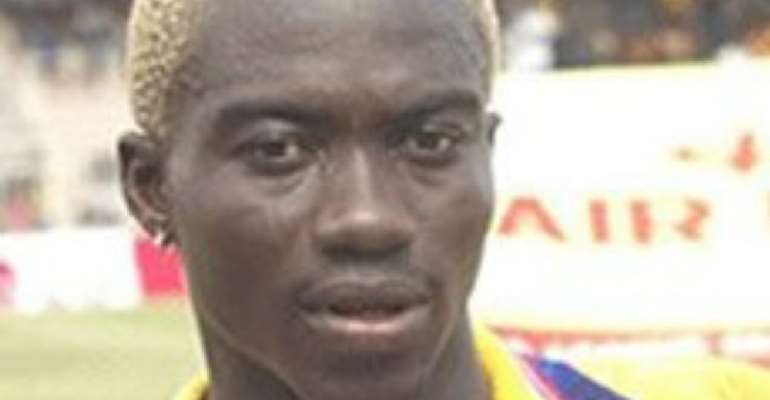 Hearts of Oak legend, Bernard Don Bortey, has recalled how he justified himself using matches against sworn rivals, Asante Kotoko.

Bortey was one of the most feared players in the Ghana Premier League during his days with the Phobian club.

Hearts of Oak dominated the local scene and continental competitions between 2000 and 2004 with the '64 Battalion'.

The 34-year-old was a threat to defenders and scored some memorable goals against the Porcupine Warriors.

He described matches with Kotoko as an honour for every Hearts player.

In an interview with Graphic Sports, Bortey revealed that he was always conditioned and in high spirits to beat Kotoko whenever they clashed.

“The euphoria surrounding Hearts and Kotoko matches was enough to prepare you for the task ahead. It motivated me enough to score against Kotoko anytime we met.

“Every player in our time wanted to play in matches involving Kotoko because it gave one the platform to prove one’s worth to the supporters,” he noted.

Bortey played for nine years for the Phobians from 2001-2010 and won four Ghana Premier League titles, CAF Confederation Cup, as well as became the joint top scorer in the 2002 league season.

He went on to play for teams like Al Wasl, Bnei Sakhnin, Aduana Stars, Sông Lam Nghệ An, New Edubiase United, The Panthers, Ånge IF and Great Olympics before hanging up his boots.

The gifted forward has turned his energies into developing talents after obtaining his GFA License C coaching certificate.

He was recently appointed coach of Division Two side, Techiman Gold Stars, where he is expected to use his experience to help develop young talents at the club.