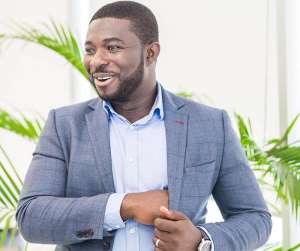 The Board of Directors of Asante Kotoko will hold talks with Phar Rangers president, Nana Yaw Amponsah over the Chief Executive Officer (CEO) job.

The management team of the club which was led by George Amoako has been dissolved following the inauguration of the new nine-member board.

According to report filed by Kumasi based Oyerepa FM, the board will hold a meeting in Accra on Tuesday, June 23.

The hierarchy of the club has identified the former Ghana Football Association (GFA) presidential candidate as the man to be new CEO of the club.

Should he be named, the Kotoko job will hand him a major selling tool to build his credibility and image in local football.

Last week, former GFA vice president, George Afriyie, who was also linked to the job denied being interested in the job as was previously thought.

In a wave of new changes, the incoming CEO is expected to work closely with the board, which was constituted recently at the instance of the club’s life patron Otumfuo Osei Tutu II.

The new Board have been given a three-year mandate to restore the pride of the club.

Nana Yaw Amponsah holds a Bachelor of Arts Degree in Psychology and Political Science from the University of Ghana, Legon. He also holds a Master’s Degree in Sports Law and Practice from the Leicester DE Monfort University, UK.

He is to pursue a PhD in Sports Leadership at the Concordia University in the United States of America (USA).

Amponsah became a Licensed FIFA Player Agent/Intermediary from 2008 to 2018, transferring over 100 players, 50 of which came from Ghana.

He is the Chairman of Division One Club Phar Rangers FC, a Director of Football for Phar Partnerships as well as the Founder and CEO of Cornny Drinks Limited.

A growing name in local football administration, he is an expert in the areas of Commercial Aspects of Sports, Sports and Ethics, Sports Governance, Representing the Athlete/Player and Sports Regulatory Regimes and Sports Rights, and ambush marketing.