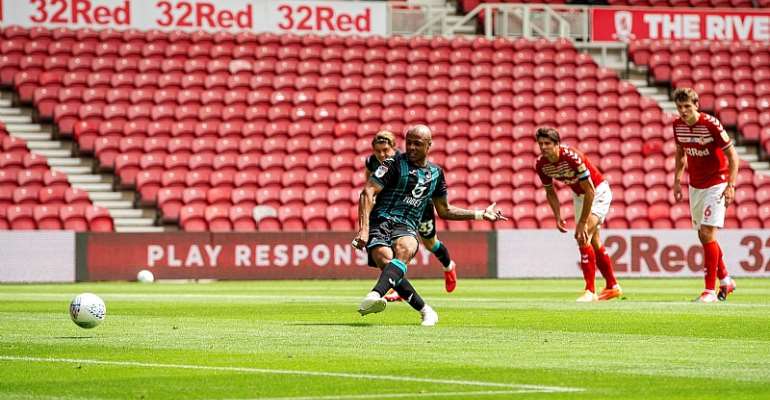 Ghanaian forward Andre Dede Ayew scored and provided an assist on Saturday afternoon to help his Swansea City side post a 3-0 win against Middlesbrough on the return of the English Sky Bet Championship season.

In a match played at the Riverside Stadium, the vice-captain of the Swans displayed fine form as he provided the assist for his team’s first goal after just 18 minutes of play.

Having been put through on the flanks, Andre Ayew surged into the Middlesbrough box before squaring a low cross for Rhian Brewster to convert.

Later in the first half, the attacker stepped up to convert a penalty kick to give Swansea City a 3-0 lead after Rhian Brewster had doubled the lead earlier.

This season, Ayew has played 36 games for his club in the English Sky Bet Championship and has 13 goals and 6 assists to his name.

Watch his impressive display for Swansea City against Middlesbrough below: