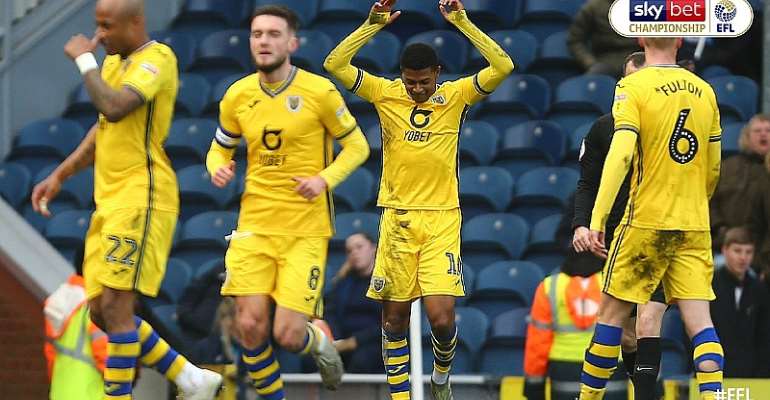 A five-star performance from Ghanaian international Andre Dede Ayew has powered Swansea City to an emphatic 3-0 win against Middlesbrough in the English Sky Bet Championship.

After a 3 months break, the 2019/2020 season in the English lower division finally makes a return this weekend with the two teams facing off in a crucial matchday 39 fixture of the campaign.

At the Riverside Stadium, Andre Dede Ayew earned a starting role for Swansea City as he made an impact right from the start of the game.

Just 18 minutes into the match, the forward assisted Rhian Brewster for the away team’s opening goal of the match. 3 minutes later, Brewster scored again to double the lead for Swansea City, this time around with an assist from Aldo Kalulu.

Now in control of the game, the visitors continued to dominate Middlesbrough and managed to grab a third goal a little after the half-hour mark. This time around, it was vice-captain and star man Andre Ayew who converted from the spot-kick.

The 3-0 lead from the first half remained the same at the end of the 90 minutes with the host putting up a good fight in the second half.

Andre Ayew, 30, lasted 81 minutes of the game before his place was taken by Bersant Celina.

This season, the Black Stars asset has scored 13 goals and has 3 assists after making 36 appearances.