National Honours For The Black Stars 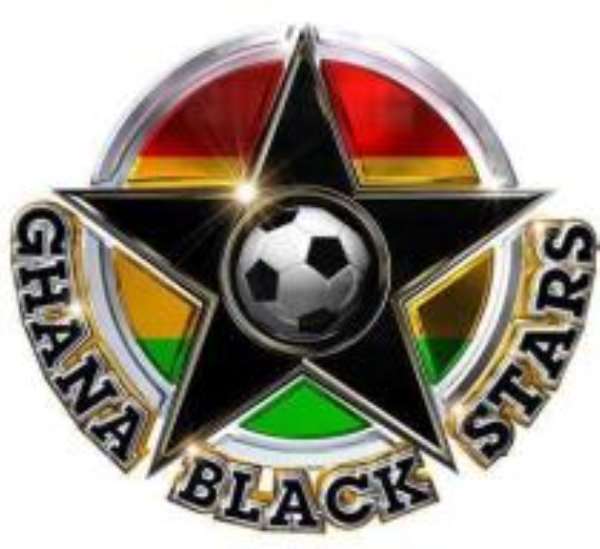 It was the day the Castle gates were flung open for the ordinary Ghanaian. And many obliged. Ghanaians in their numbers took advantage of the liberal atmosphere at the gates yesterday, to cram into the Gardens at the Osu Castle to witness President John Agyekum Kufuor confer national honours on players and officials of the national soccer team, the Black Stars.

Describing the players as “Conquering Heroes,” the head of state decorated 15 players who have so far arrived from World Cup duties as well as the President of the Ghana Football Association, Kwesi Nyantakyi, with the Companion of the Order of the Volta, Civil Division.

Eight other players who have club commitments in Europe will be decorated with the same award when they arrive later, according to the President who led a team of Government officials to accord the team the highest award presented to a group of sportsmen and women in this country.

As the FA President got to the podium to be decorated, the President asked: “Are you Chairman or President,” jokingly telling the FA boss that at the function, there was only one president.

The head of state appeared to back off quickly when he bowed to decorate national captain Stephen Appiah. His remark: “ I'll have to get him a razor,” told the story of a body contact between the President's chin and Appiah's beard.

It was all in good humour.

The technical team of the Black Stars and other officials of the GFA received the Grand Medal, including Fred Pappoe, Vice-President of the FA and Chairman of the Black Stars Management Committee, Randy Abbey, FA Media Liaison Officer, Kofi Nsiah, FA scribe, Oheneba Charles and J.Y. Appiah, both on the FA management team.

National coach Ratomir Dujkovic was not available to be decorated. He had the permission of the GFA to visit his native Serbia immediately after Ghana crashed out of the World Cup.

President Kufuor told the players and their officials that they have brought joy to the hearts of Ghanaians and Africa in general and entreated the team to train well to win the 2010 World Cup in South Africa.

“We cannot put monetary value on your achievement. You have raised the flag of Ghana so high in the international comity of nations,” the head of state told the players and their officials.

He said when the team left Ghana to compete in the World Cup not many people thought the Black Stars had a chance. But their performance in Germany has forced many people to take note of Ghana as a serious footballing nation.

President Kufuor said the Black Stars experience should register on Ghanaians that no task is unsurmountable. It was not the size nor monetary resources that propelled the team to do so well. It was the determination and the will to sacrifice and asked Ghanaians to learn from the Black Stars example.

President Kufuor praised the contribution of sponsors such as Goldfield, Guinness Ghana Breweries, Ghana Commercial Bank and others who contributed generously to enable Ghana join the assembly of the world's football super powers in Germany.

Minister of Education, Science and Sports, Papa Owusu Ankomah, said the Black Stars were the 'revelation' of the World Cup, a theme harped on by FA boss Kwesi Nyantekyi.

The Black Stars, said Nyantekyi, did not only participate in the championship. They left their footprints in the sand of time.

When skipper Appiah took his turn, he thanked the nation for doing such an honour to the Black Stars. He also thanked other African countries for their support, and expressed his appreciation for the “respect and love” his team mates have shown each other.

Commenting on the spirit of unity their performance has generated in the nation, Appiah said: “Let's stay united....keep the spirit alive.”