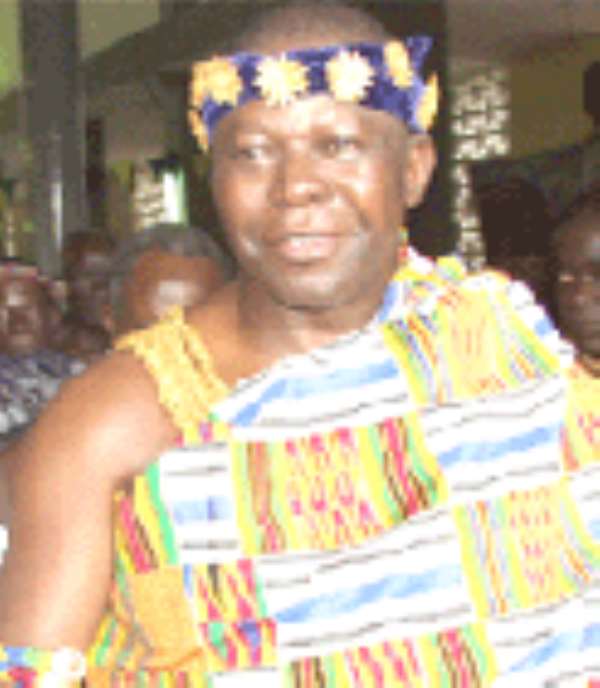 The Asantehene, Otumfuo Osei Tutu II, has donated ¢100 million to the playing body and the technical team of Kumasi Asante Kotoko to motivate the team to play and win the MTN/CAF Champions League.

The competition reaches the group stage next week with Kotoko playing away to Algeria giants, JS Kabylie.
Otumfuo, according to a source close to the club, made the donation at the Manhyia Palace last week.

It has been a ritual for the King, who is the Life Patron and Spiritual Head of the club, to donate handsomely to the players and technical team at the end of the season when they show impressive performance.

Otumfuo, according to the source, commended the players for their output last season and asked them to be dedicated to the club so that they could bring honour to Ghana, Asanteman Kotoko and themselves.

Meanwhile, the acting Chief Executive of the club, Mr Jarvis Peprah, has stressed the need for the leadership of the Otumfuo Special Initiative (OSI) on Kotoko to work hard to ensure that the initiative receives the fullest patronage.

In an interview with the Daily Graphic in Kumasi, Mr Peprah said the response to the initiative had not been encouraging enough and urged the leadership to move out to sell the idea to the large following of the club.

He indicated that the Asantehene brought the initiative for a purpose, explaining that if it was well organised it would relieve the club of its financial problems.

The OSI is geared towards mobilising voluntary monthly contributions from supporters and sympathisers of the club to finance the club's activities.

Mr Peprah said under the initiative, the various circles and well-to-do members of the club were being encouraged to adopt specific players so that at least they could pay their monthly salaries.

“We need to give all the respect to the Great King and ensure that this initiative becomes a success,” Mr Peprah said, and added that he had been in contact with the national circles to see how best they could take up the challenge.

In a related development, Kumasi Asante Kotoko had moved to camp at Swedru to prepare for their match against JS Kabylie.

The team, which played a friendly match against Swedru All Blacks and drew 1-1, will engage in other friendly games.

He said from Swedru the team would return to Kumasi to receive the blessings of the Otumfuo before emplaning for Algeria.

Mr Peprah said the club was leaving nothing to chance to make a good impact in the competition.