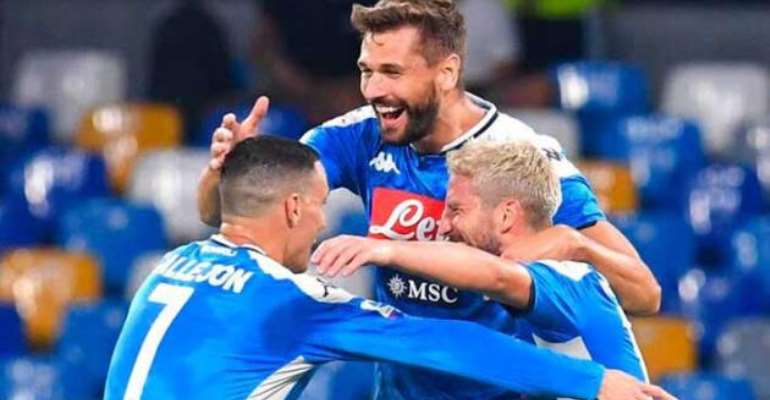 Napoli won the Coppa Italia for the first time since 2014 after a 4-2 penalty shootout win over Juventus in the final.

After a goalless 90 minutes, Juventus missed their first two penalties as Paulo Dybala saw his effort saved and Danilo blazed over the bar.

Napoli were ruthless from the spot as they converted their first four spot-kicks to win the trophy.

Gennaro Gattuso's side had the best chances in the game, with Lorenzo Insigne hitting the post in the first half and Elif Elmas also firing against the woodwork from close range in second-half injury-time after Nikola Maksimiovic was denied on the line by Gianluigi Buffon.