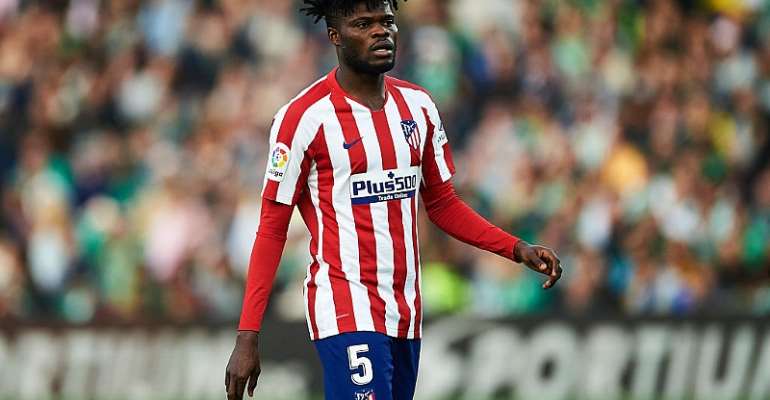 Arsenal manager, Mikel Arteta has made the Ghanaian the number one target as he prioritizes signing a new defensive midfielder ahead of 2020/21 season.

Partey, 27, has made 36 appearances in all competitions for Atletico, scored three goals and provided one assist in the campaign.

His contract with the La Liga side is set to expire in 2023 with a release clause of 45 million pounds.

However, the club is keen on extending Partey’s contract until 2025 which comes with a larger release clause than the current one.

But report says Partey is reluctant to extend his deal with the Rojiblancos.

Appiah sharing his thought on the player's transfer saga, he indicated that the Ghanaian midfield enforcer can suit in for the Premier League side, Arsenal.

“He is one of the best so at this particular moment, he knows what is good and bad for him.

"During my heydays, I make the decisions that if I go to Fenerbache it is good than to go to Chievo Verona.

“It will be a difficult decision for him if it is true that Arsenal wants him but I think his style of play will suit Arsenal very well,” he added.