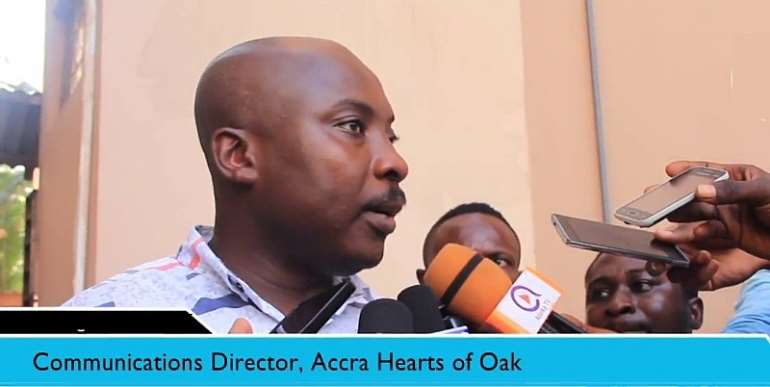 Kwame Opare Addo, the Communications Director of Hearts of Oak is optimistic that the new signings will make the club a trophy-winning team.

The Ghana Premier League heavyweights have not lifted a trophy since 2009.

Despite the lack of football due to the outbreak of the novel coronavirus, Hearts of Oak have signed five new players.

According to Mr Addo, the new players will make the club a trophy-winning team.

"All the signings the club have made are very good players and it was based on the recommendations of the coach," he told Asempa FM.

"It is unfortunate that there is no football but hopefully we hop football will return because these are players everyone will love to watch them play.

"These are quality players and we only hope that they will make the club a trophy-winning team," he said.

Winger Eric Dizan has joined the club on a three-year deal to boost the attack of the team.

The Phobians have also got Mamane Lawali a midfielder from Niger, Danjumah Kuti, a forward who is also a Nigerian, Nuru Sulley, a popular tough defender from Ghana and Abednego Tetteh also a Ghanaian striker.