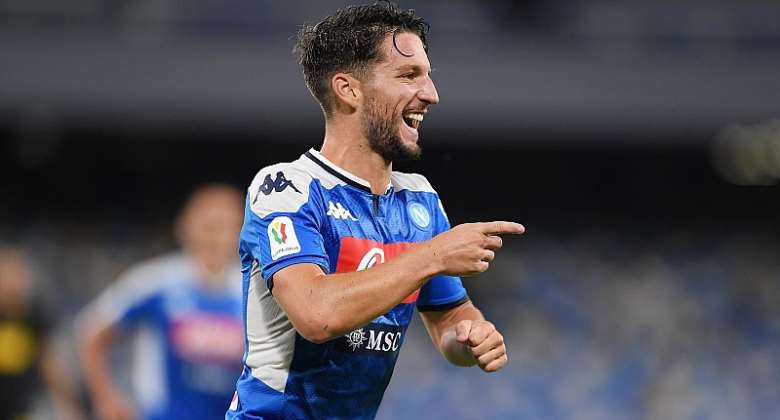 Napoli reached the Coppa Italia final with a 1-1 draw at home to Inter Milan on Saturday as forward Dries Mertens became the club's all-time record scorer.

Inter went ahead after two minutes of the semi-final second leg when Christian Eriksen scored direct from a corner, badly misjudged by goalkeeper David Ospina, but Mertens levelled before halftime with his 122nd goal for the club in all competitions.

Napoli went through 2-1 on aggregate thanks to their 1-0 win at San Siro four months ago and will meet Juventus in Wednesday's final in Rome.

Both teams were playing their first game since the end of the three-month stoppage for the coronavirus and the pace dropped considerably in the last 20 minutes despite both teams making the permitted five substitutions.