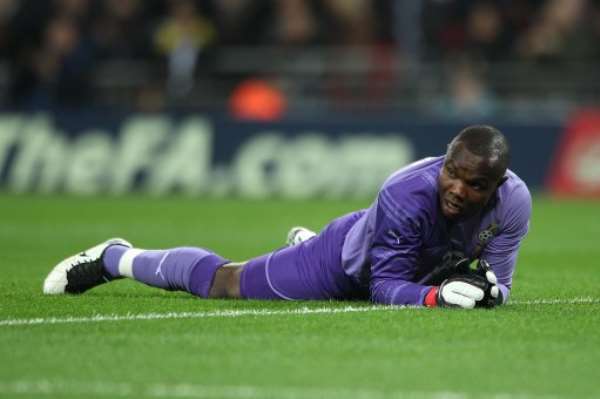 Former Ghana goalkeeper, Richard Kingston has recounted how his wife suffered a discourage after he was invited for a match against Slovenia.

Speaking to Joy FM in an interview, the former Wigan Atletic and Blackpool goalkeeper revealed that his wife prevented him from honouring the match but forced his way to honour the match.

He recounted that they got into an argument after the call-up and that led to the unfortunate incident.

“Somewhere in 2002 or 03, when I was invited to play for the national team, my wife was not happy about it because of the way the FA was treating me.

"She did not want me to go. I told her that I wanted to serve my nation and she said no. We came to a conclusion that I will not go but I had already given my passport and my luggage to a friend to take to the airport. She did not know about it.

He continued, "I was at home when the team was ready to leave to Slovenia, they called me and I said I was coming. My wife had locked the door and there was a burglar-proof there. I was begging her to let me honour the invitation for the last time and she said okay.

"Later she changed her mind and she did not want me to go. I was looking for a chance to run. When I made an attempt to run, my body pushed her and she fell down and at that time she was three months pregnant. After I came back from Slovenia, she had a miscarriage," he added.