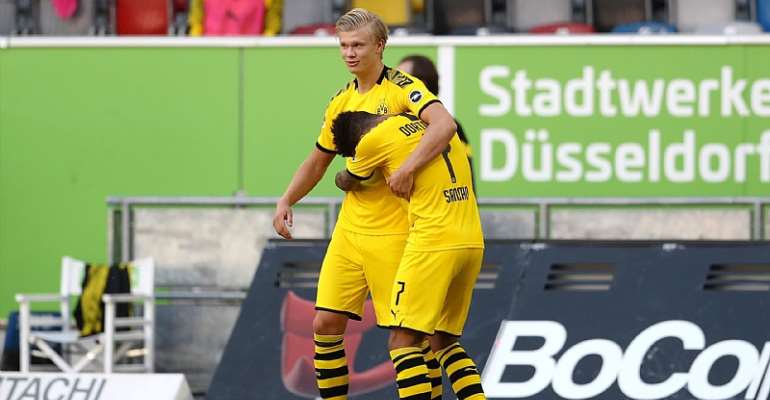 Dortmund, who named goal machine Haaland on the bench after he recovered from injury, struggled to break down a defensive Fortuna side in a tepid first half which had all the tempo and excitement of a bad pre-season friendly.

Achraf Hakimi had the best chance from a counter-attack but wasted his opportunity while Julian Brandt spurned a couple of chances. Uwe Rosler's side were solid at the back but offered little going forward with top-scorer Rouwen Hennings also on the bench.

Haaland, who had one goal in his previous six games, eventually came on and played a part in Raphael Guerreiro's disallowed goal. His blocked shot fell to the Portuguese midfielder who hammered a volley past the keeper but it was disallowed by VAR after the ball appeared to skim off his upper arm in the build-up.

Lucien Favre also brought on Giovanni Reyna in the closing stages but Dortmund remained unrecognisable in the final third.

Fortuna finished the game stronger with substitute Steven Skrzybski hitting the post twice late on, but Haaland came off the bench to rescue his side with the last kick of the game, heading in Manuel Akanji's cross for his 11th league goal in 12 games.

The result means Favre's side remain second, four points behind Bayern, while Fortuna remain in the relegation playoff place.