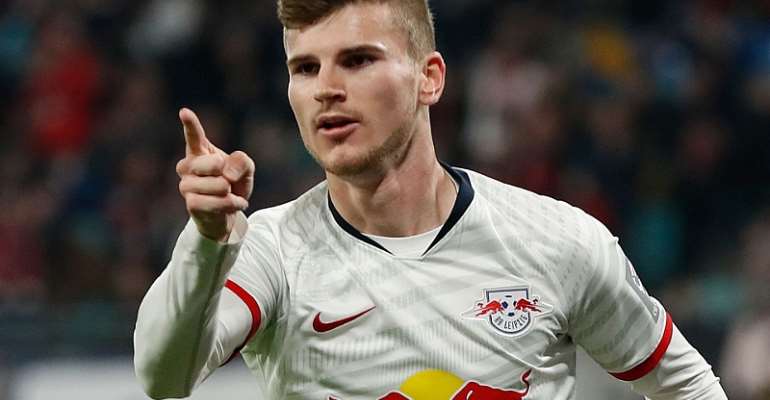 Timo Werner is set to leave RB Leipzig his summer, according to manager Julian Nagelsmann, with Chelsea most likely to swoop for his signature.

The Germany forward has been key to Leipzig's establishment as a major force in the Bundesliga, scoring 31 goals in all competitions this term.

Liverpool had been heavily linked with his signature but it is now believed that Chelsea have stolen a march on their Premier League rivals and will bring him to west London this summer, along with Ajax playmaker Hakim Ziyech.

And Nagelsmann is not expecting to keep his star striker beyond the end of the current season.

'I do not expect Timo to be here next season,' the 32-year-old told DAZN after Leipzig secured a 2-0 win over Hoffenheim on Friday.

Prior to his move to Leipzig in 2016, Werner came through the ranks at Stuttgart. He was part of his country's winning Confederations Cup campaign in 2017 and also represented them a year later at the World Cup.

Akufo-Addo Cuts Sod For Construction Of Kumasi-Obuasi Railwa...
10 minutes ago