Emmanuel Tagoe Ready To Take On Lomachenko or Teofimo 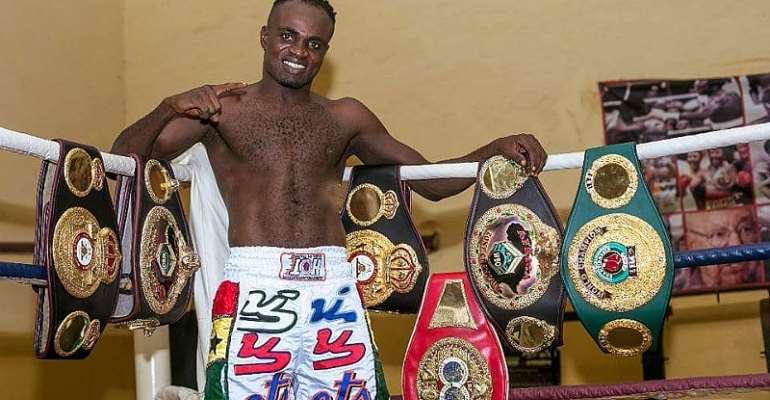 Tagoe, who has not fought since stopping Ishmael Aryeetey in July 2019 and relocated to the United States of America (USA) but back in Ghana said, “It has been clear for some time now that I want to challenge Lomachenko,” Tagoe declared.

“I still need that fight. I know he is billed to challenge Teofimo Lopez in a unification fight before the year ends but I won’t hesitate to take on any of them when the opportunity presents itself,” he stated.

“I went to the US as the top-rated challenger to the WBO title. The decision, with my new promoters, was to fight an eliminator so I can get the shot to become a champion.

“I did not go to the US to stay. The plan for me was to train over there for fights and then return to Ghana after every bout,” he added.

During his stay in Florida, Tagoe was trained by Javiel Centeno, who also works with undefeated lightweight contender George Kambosos Jr. and 17-year-old phenom Xander Zayas.

“It was a great feeling to learn from all these good fighters in camp,” Tagoe said.

“I felt at home, training without any distractions. I had everything at my disposal so I felt very good in the build-up to the fight.

“I had a great camp under trainer Javiel Centeno and I know I would have beaten Perez if the fight had happened.”

Tagoe is back training in Ghana. He plans to return to Florida once the borders are open. The Perez fight hasn’t been rescheduled.