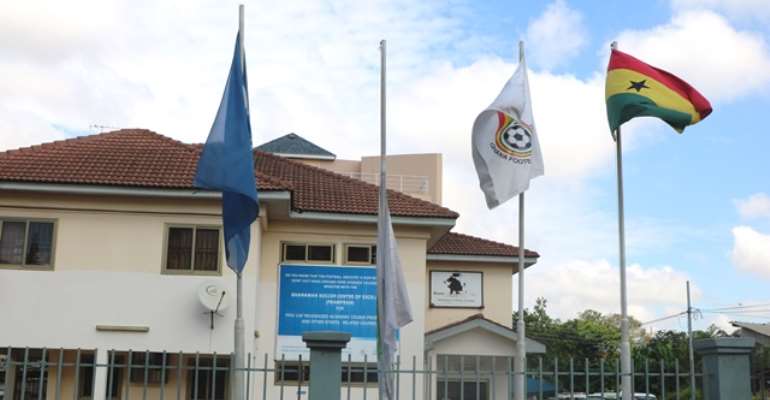 Ghana legend, Rev.Osei Kofi has urged the Ghana Football Association (GFA), to use the COVID-19 period to rethink on how they can repackage football.

Football has been halted since mid-March following the outbreak of the novel coronavirus.

The Ghana government has extended the ban on social gathering until July 31.

However, the country's football governing body will make a final decision on June 30.

According to the former Asante Kotoko management member, by so doing, the FA would be able to enrich the league, maintain the best performing players who would, in turn, attract corporate sponsorship “and the game would rise to the level Ghanaians desire it to be.”

“Our league has sunk; it is nothing to write home about today and this is the best time to focus on how to make it strong to be able to compete with the other leagues on the continent.”

He noted that in the GFA’s thought process, the main actors of the game – which are the footballers, should be the key priority feature.

“The footballers should be the GFA’s topmost priority and they should make sure players are paid very well because a well-paid player would be motivated to give off his or her best rather than thinking of moving outside at the very least opportunity.

“I recently heard that a Ghanaian footballer was in Vietnam and his reason is that the little he gets from there is way higher than what he earns in Ghana. For me, this is a big indictment on our league,” he told the Times Sports.

He added that when becomes a footballer, they are automatically made the breadwinner of the family and must strive to keep that status.

“Indeed, society would even add its pressure on you; if you are unable to keep up with your expectations, then you are tagged as a failure. This and many other factors will always force our best players to chase peanuts in foreign lands just to keep up appearances and render our own leagues dormant.

“We are all anxiously waiting for the return of football, but we must also be thinking about the main actors of the game – the players. They are the reason football is still alive, not officials. If we allow football to return the way it was pre-COVID-19, then we should forget it,” he added.

30,000 Disqualified From Voting On December 7
44 minutes ago