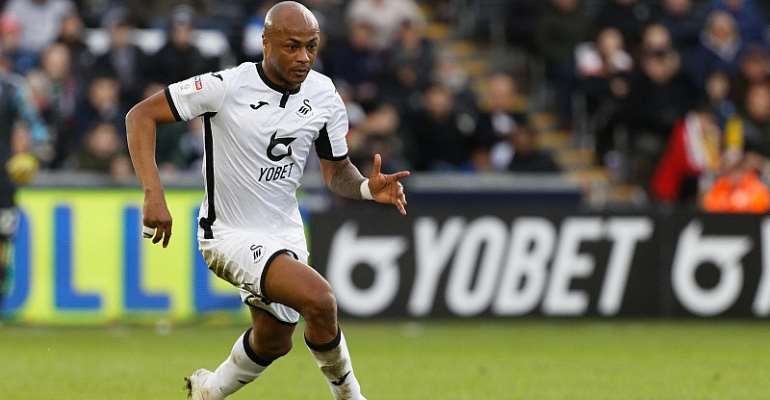 Ghana international, Andre Ayew has been superb for Swansea City following his return to the club.

Ayew spent the 2018/19 season at Fenerbache.
The 29-year-old joined Swansea City for the first of his two spells on June 10, 2015, earning a cult hero status after netting 12 goals in 34 appearances.

Ayew left the Swans after just a season to join West Ham United before returning in 2018 for a second spell.

The Swansea City vice-captain has been a key figure for the club in the 2019/20 English Championship season.

This season, Ayew has scored 12 goals in 35 appearances for the Championship side.

New Voter Roll: Omission Of Names Was Deliberate, Not A Mist...
15 hours ago