Latif Anabila Optimistic Of Kotoko Move Despite Ban On Transfer 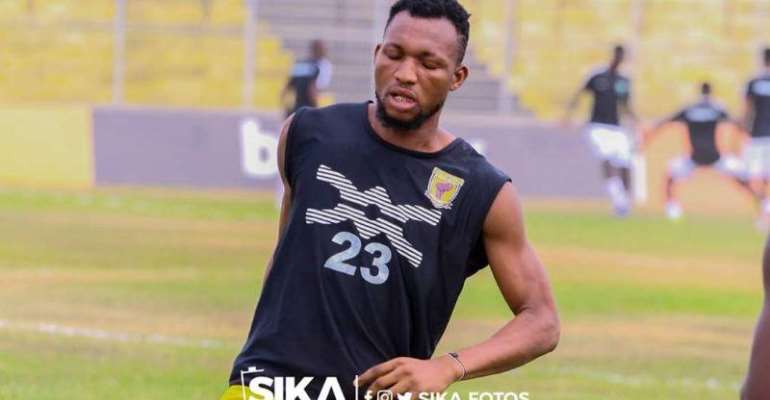 The highly-rated Miners midfielder has reportedly been in talks with the Porcupine Warriors club in the past few months over a possible transfer in the next window to bolster the squad of Coach Maxwell Konadu.

Even before the transfer window comes around, it has been confirmed that the switch will not be possible with a newly constituted 9-member board of directors instructed not to sign players for the next year.

Nonetheless, Latif Anabila says it is still possible to complete his dream move to Asante Kotoko in the future.

“The transfer ban by Otumfuo on the club will not have a negative impact on me but will rather be a motivating factor to do more for Kotoko to keep the faith in me”, the Ashgold midfielder told Kumasi FM.

According to Anabila, he will not think about the current situation but will rather focus on working hard to ensure he seals a move to Kotoko when the transfer ban is lifted.

“Thinking about it might affect my performance. I have to rather work hard to earn the recognition from Kotoko after the ban.

“However, we all don’t know what may happen tomorrow, Otumfuo can rescind his decision to make the move possible. I have to look forward but not backward. I will train very hard and wait for what happens in future”, the midfielder added.

It is understood that Ashgold values Latif Anabila at $30,000, an amount the supporters' group of Asante Kotoko are ready to pay to secure the services of the player for the team.