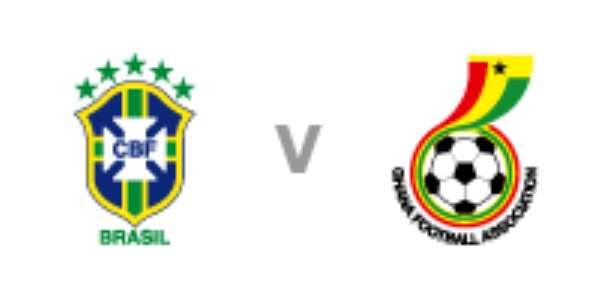 Accra, June 27, GNA – The Black Stars of Ghana on Tuesday, crumbled under mighty Brazil in the round of 16 of the ongoing 2006 FIFA World Cup in Germany, when they lost 0-3 in Dortmund.

Though, it was a disappointing result for the nation and the entire continent, the Stars were gallant in their loss, as they dominated proceedings and played the South Americans boot for boot.

However, an early goal scored by veteran Ronaldo in the 4th minute when he broke through an offside trap initially unsettled the Ghanaians in the battle described as a “David and Goliath” affair.

But when the Stars, recovered from the early goal shock, it was the power play of the Ghanaians, which was on exhibition, as the Brazilians failed to display the class and clout that they are noted for.

Indeed, it was a game the Ghanaians could have won before the close of the first 45 minutes but the striking force of Asamoah Gyan and Mathew Amoah messed up clear cut scoring chances, whilst John Mensah's powerful header was luckily hooked out of the goal line by keeper Dida to keep the Brazilian lead intact.

As if playing to a well rehearsed game plan of catching the Ghanaians on the break, the Brazilians again broke off in the dying embers of the first half. And through a quick combination in midfield, they skipped an offside trap, paving the way for Adriano to tap in an effortless goal to increase the tally.

The Stars resumed the second half with the same tempo, but again it was the inability of the striking force to find the back of the net which was the undoing of the Ghanaians. On countless occasions, they fluffed their chances when they got into the vital area of the Brazilians.

As the game progressed, the Stars showed prospects of at least grabbing a consolation goal, but it proved elusive as they had their situation worsened when Asamoah Gyan got ejected for a second bookable offence enticed by simulation.

Indeed by the close of the first half, as many as four Ghanaians; Stephen Appiah, Sulley Muntari, John Painstil and Gyan were with on a yellow card each, confirming suspicions about the fairness of the referee from Slovakia.

The Brazilians took advantage of the numerical disadvantage on the side of Ghanaians and had another goal, also through a seemingly offside position to extend the score line to three.

The Brazilians benefited immensely from the Ghanaian predicament and pilled pressure on the Stars. It nearly fetched them at least two more goals late in the match but the defence stood firm in the face of the adversaries and goalkeeper Richard Kingston played above himself to make three great saves.

Alas, it was a game the bookmakers didn't give the African side any chance but the result did not reflect the proceedings on the field, because the Brazilians were not as mighty as they had been known to be.