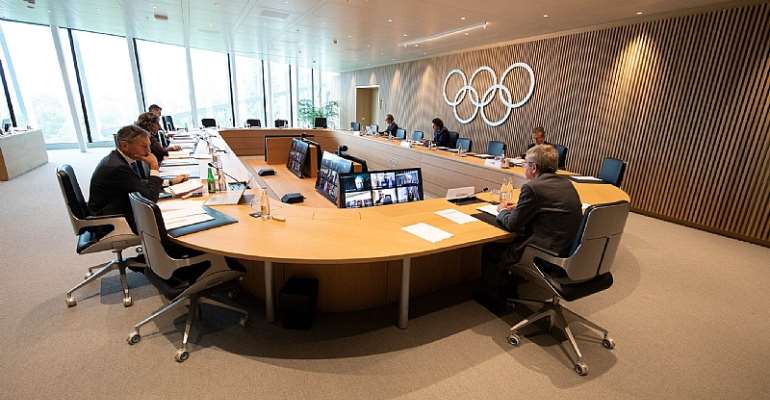 The nomination of five new Members of the International Olympic Committee (IOC) – three women and two men – have been proposed today by the IOC Executive Board and will be submitted to the IOC Session, which will be held virtually on 17 July 2020.

Four of the five proposed new Members are Individual Members, while one candidature is linked to a function within an International Federation (IF).

IOC President Thomas Bach said: “With the election of these five candidates, the IOC Session and the entire Olympic Movement would benefit from an extremely valuable range of skills and expertise. We are also bringing up the female membership to 39.”

Member whose candidature is linked to a function within an IF:

The proposed new members’ CVs are here.
By proposing three female candidates, the IOC demonstrates again its commitment to promoting gender equality within its leadership by implementing the governance-related recommendation of the Gender Equality Review Project, which set the target of having 30 per cent of decision-making positions held by women by 2020. A few days ago, the IOC announced the composition of its commissions, with 47.7 per cent of positions held by women, a concrete outcome of the Olympic Agenda 2020 reforms.

Both on and off the field of play, all stakeholders in the Olympic Movement are working towards better gender balance. This commitment remains intact as the world is currently at work to address and recover from the COVD-19 pandemic. Today, more than ever, it is important that women and girls are both participants and leaders in this process, so their gains are not lost, and a better future for all becomes a reality, where women and girls can participate in, work in and enjoy sport on an equal playing field.

In line with Olympic Agenda 2020, the candidates were selected by the IOC Members Election Commission, chaired by HRH The Princess Royal, taking into consideration several criteria in order to guarantee a balanced representation within the IOC Session. All of them have been subject to integrity checks conducted by the IOC Ethics Commission.

In addition, the IOC EB today agreed to submit to the Session the extension of the term of IOC Member Mr Zaiqing Yu (People’s Republic of China, membership linked to his function as Vice-President of the NOC of China and age limit to be reached on 31.12.2021) from the end of 2021 to the end of 2025, due to the important role that he plays in Chinese sport and society.

The EB also agreed to submit to the Session the change from a Membership linked to an NOC to Individual Membership for Mr William Frederick Blick (Uganda, year of election: 2018).