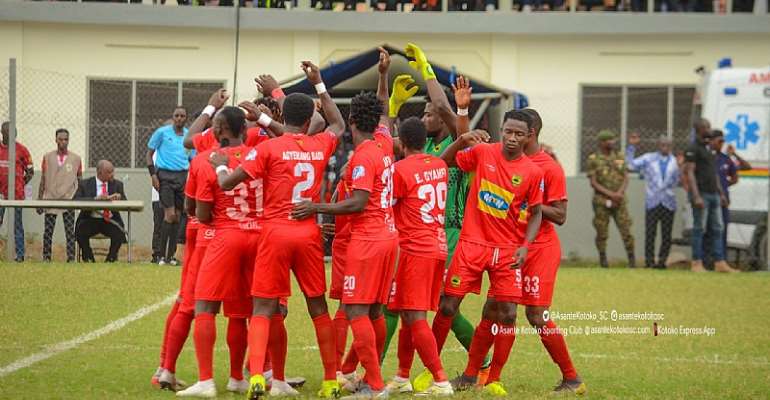 Information reaching Modernghana Sports from Kumasi has indicated that Asante Kotoko is considering purchasing the Anane Boateng Stadium as they plan to stop using the Baba Yara Sports Stadium as their home venue.

The Ghanaian giants are synonymous to the Baba Yara Stadium where they have chalked a lot of success and made history both locally and on the continent as well.

Now taking a new direction following the constitution of a new board of directors, the club is to have its own stadium as directed by Owner and Life Patron, His Royal Majesty Otumfuo Osei Tutu II.

Reports coming in is indicating that the club is contemplating on buying the Anane Boateng Stadium. Once that is done, it will undergo a facelift to suit the standards of Asante Kotoko as an elite club on the African continent.

According to checks, the 12,000 seater-capacity could likely be reconstructed to accommodate a larger number.

The Anane Boateng Sports Stadium is owned by Kessben Group of Companies and used to serve as the home venue of Kessben FC before it was rebranded into Medeama SC when new investors took over.

EC To Proceed With One-day Registration Exercise Despite NDC...
4 minutes ago