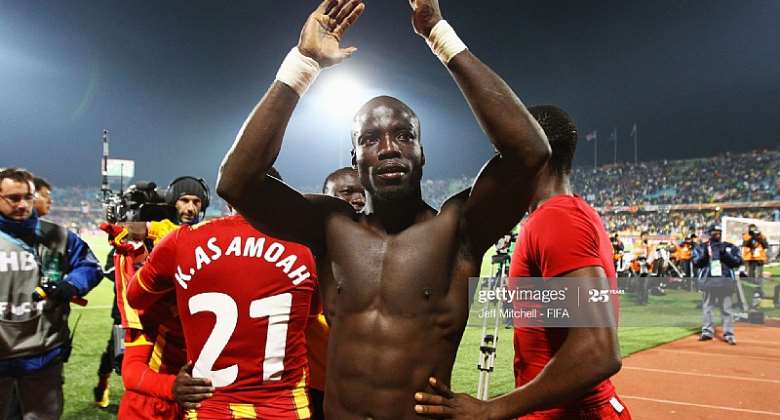 Stephen Appiah has revealed why he used to wash the jerseys and boots of his senior Black Stars players.

Appiah, a former Ghana captain is addressed as one of the best midfielders to have ever led the national team.

The former Juventus kingpin led the country to qualify for the 2006 World Cup in Germany.

According to the 39-year-old, he used to serve anyone ahead of him without any ego and still does so anytime he meets the people who came before him.

"Some of us really served and we are still serving. We still see our senior players and bow to them", Appiah told Joy News.

Delving into more specifics, Appiah said that he actually used to wash the jerseys and boots of other players before becoming highly successful in his career.

Speaking about why serving meant a lot to him and how he was able to commit to the act for so long, Appiah made reference to the Bible in Matthew 20:26 which says, "Not so with you. Instead, whoever wants to become great among you must be your servant.