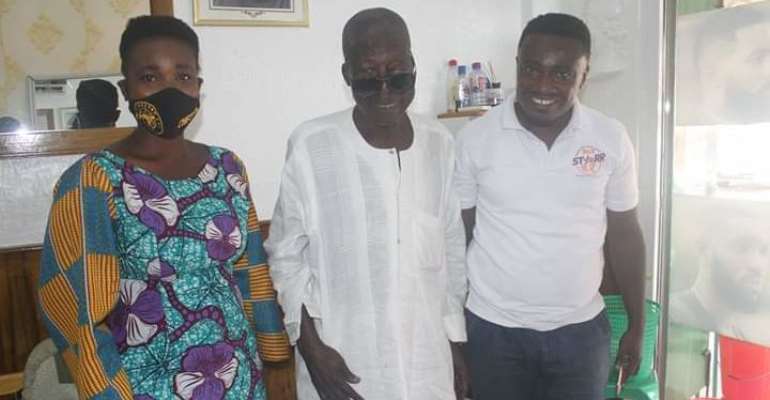 The man who discovered Ghana legend, Abedi Ayew Pele, Musa Sani, is pleading for help aid him to undergo surgery on his left eye after going blind.

Sani who was in charge of colts side Falcos in the early ’60s is credited for discovering Abedi Pele where he played for Falcos for four years before he left for Real Tamale United in the late ’70s.

He has helped in nurturing several budding talents with the likes of Nii Odartey Lamptey, Stephen Tetteh, Eric Gawu and several others are passing through his hands.

Musa Sani who now needs Ghc 24,000 to go for surgery spoke to Starr FM and pleaded to Olympique Marseille legend to come to his aid.

“I beg him [Abedi Pele] to consider me, he should help me so I see say me too he’s helped me," Musa said.

“If not for anything at least my eye he should help me do the needed surgery I will thank God for that," he added.