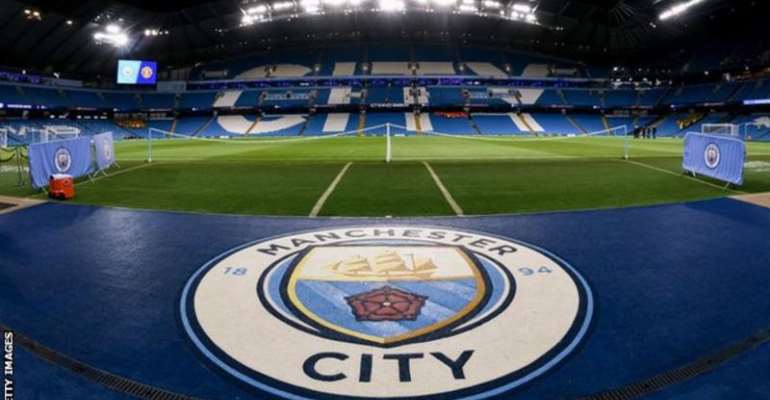 Manchester City head into one of the biggest weeks in their recent history, knowing their reputation, their Champions League place and, possibly, the make-up of their squad are on the line.

On Monday, their appeal to the Court of Arbitration for Sport (Cas) against their two-year ban from European club competition begins.

The CFCB also said City had failed to cooperate with the investigation.

City immediately signalled their intention to appeal to Cas. They believe the CFCB was not independent and ended up being distrustful of it, partly due to the amount of secretive information the club felt was leaked to the media.

They are adamant that what they consider an independent judiciary will clear them.

The appeal will be heard by three Cas lawyers, held in private on video conference and last for three days. A verdict is not expected until later this summer.

Unless the club are successful, they will not be able to participate in Europe's flagship competition next season and will be prevented from playing in the annual Uefa Super Cup if they won this season's delayed Champions League.

La Liga president Javier Tebas, who in the past has accused City and Paris St-Germain of financial doping, is adamant FFP rules must be upheld across the game despite the financial fall-out from Covid-19.

Sources have told the BBC that if the current verdict is not upheld, Uefa's FFP model will be wrecked.

Uefa's investigation began after publication of a series of emails, obtained by the Football Leaks organisation, in the German magazine Der Spiegel in November 2018.

Amid numerous claims, it was alleged City had inflated the size of sponsorship deals so owner Sheikh Mansour was able to invest more money into the club than FFP regulations allowed.

It was also alleged former City boss Roberto Mancini was paid £1.75m - more than the salary he was getting from the Premier League club - to act as a consultant to Abu Dhabi-based Al Jazira Sports and Cultural Club, which is controlled by Sheikh Mansour.

City have always said the information was obtained illegally and represented "a clear and obvious attempt" to damage the club's reputation.

Given the vehemence with which they have contested the charges levelled against them, City know a reduction in their European suspension will not be enough to clear their name and the stigma that they tried to cheat the system.

In addition, it will bring to an end nine successive years in the Champions League - with the Premier League's fifth-placed team - currently Manchester United - set to replace them in next season's tournament.

And, while manager Pep Guardiola has already said he "trusts" the club and will stay next season whatever the outcome, even warning former club Barcelona not to "talk too loud" about the situation after president Josep Maria Bartomeu welcomed the verdict, others, including star midfielder Kevin de Bruyne, have said they would need to consider their futures if City's ban is upheld.

Few City fans will have heard of David Pannick QC of Blackstone Chambers and Paul Harris QC of Monckton Chambers. But the barristers employed to lead City's case carry a huge burden of responsibility.

Speaking to City's own website in the days after the initial verdict was announced, chief executive Ferran Soriano insisted "the allegations are simply not true". He added the club felt the whole process had been "prejudiced" against them and evidence used by the FFP chamber relied on "out of context, stolen emails".

"All we are looking for is a proper adjudication from an independent and impartial body that is going to take the time to look at all the evidence without preconceptions," added Soriano.

"The fans can be sure of two things. The first one is that the allegations are false. And the second is that we will do everything that can be done to prove so."