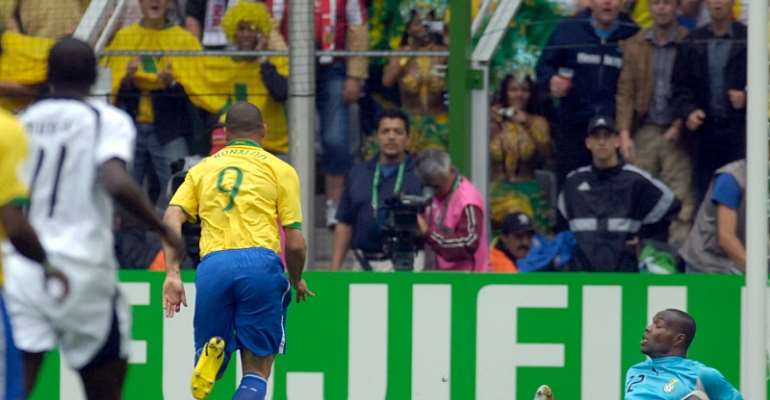 “The management team were shocked when we asked about the appearance fees, they didn’t expect us to throw that to them or raise any issues,”Yussif Chibsah a member of Ghana’s Black Stars contingent to the 2006 World Cup revealed casually.

The tension and a rocky relationship between the handlers of the Ghana football association and the playing body, the Black Stars over money did not commence at the Brazil 2014 World Cup.

It was only the stage where the laundry basket could no longer contain the dirty linen.

The innocent football fan, fueled by a passion for the game only wants to see victories while earning bragging rights over rivals but winning comes at a cost especially at the highest level of professional sports. 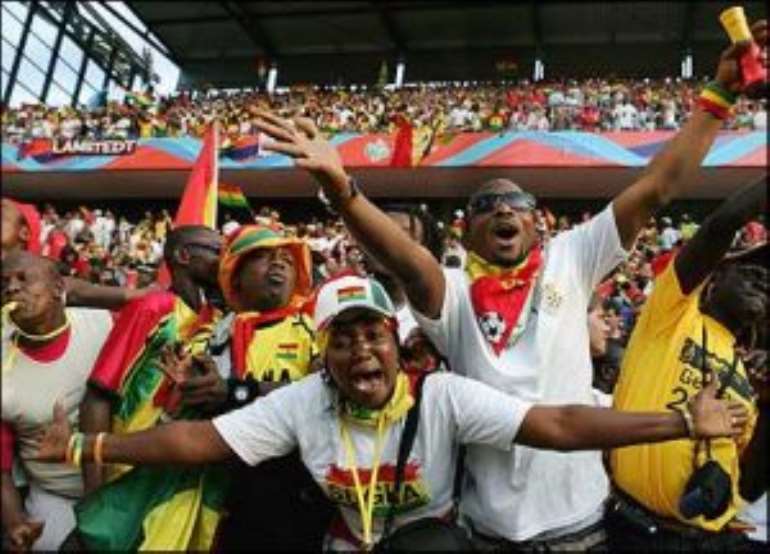 The Black Stars prior to the World Cup in Germany were handled in a semi-professional manner at best and coordinating players to congregate to execute a national agenda was in itself an extreme sport.

Player apathy was rife at this point within the national team as veterans had to persistently purchase their own tickets while housing themselves on several occasions whenever national assignments needed taking care of.

Players were not happy and a boycott was on the horizon and then in came the Kwesi Nyantakyi led administration with its exuberance and bright ideas.

Through individuals like Kofi Amoah, corporate sponsorship deals including the headline Goldfields deal was secured but these were the early days of treating players like real professionals.

It had a lot of rough edges and was not yet ingrained in the DNA of these administrators, at least not on the level that most of these players were used to with their clubs in Europe.

Ghanaians were high off the euphoria of qualifying for the 2006 World Cup in Germany, finally, a proud but faltering footballing nation would rub shoulders with the superpowers of the sport.

With Ghana aiming to brave Group G which included eventual winners Italy, Czech Republic and the United States the feeling was one of tense excitement at least purely from where I stood as a young man in Mfantsipim at the time. 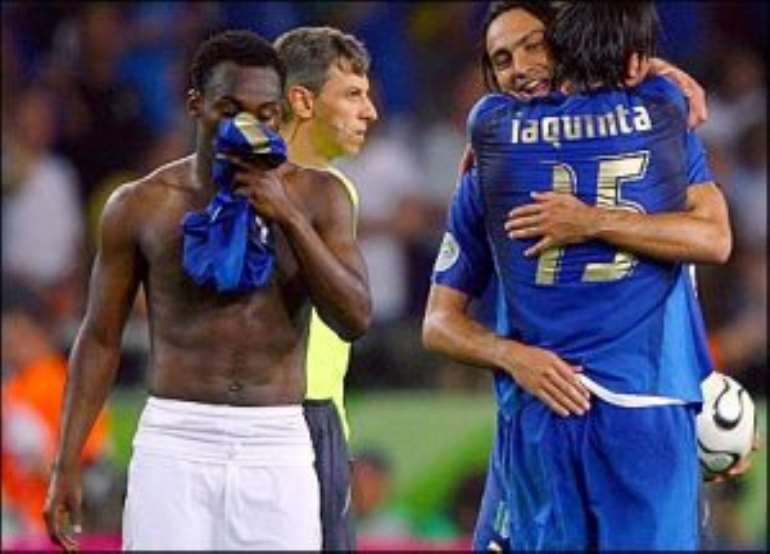 Classes were halted so we could all cram into the dining hall to watch the games, that’s how big a deal this was to Ghanaians.

Unknown to them however is the mental, spiritual and physical machinations that occur in the background that have nothing to do with grass and a round object being kicked around.

Individuals project their legacies and life ambitions when opportunities like the world cup come around.

The bustle for a slice of that cake holds a strong seduction over FA presidents, Black Stars management committee members, coaches, journalists, media houses, travel and tour agencies among others.

Even the job of equipment guy is heavily lobbied for in such times.

Everyone forgets the main actors, the players: the warriors that strive through dislocated limbs, cuts, heavy legs and heavy hearts to get Ghana over the line to its first-ever World Cup.

But that was all about to change
Before money was flown to Brazil, Pablo Escobar style to pay revolting players, before John Boye ever kissed a wad of cash, the administrators of the GFA looked upon the 2006 World Cup achievement as a product of their hard work.

The players felt an even greater sense of entitlement and thus the stage was set for a showdown.

The unravelling started as an accident, mainly because for most athletes, playing in the world cup was a dream and so much attention was not paid to the financial gain of the competition.

In the case of Ghana’s contingent, they were excepting nothing but what they would be given as winning bonuses ($10,000).

The entire 28 man squad kick-started camp in England after which the team moved to Scotland to continue with preparations.

Following the team’s final training session ahead of their scheduled flight to Austria, some players including Yussif Chibsah and Otto Addo got wind of their Ivorian Counterparts threatening to boycott the World Cup if they weren’t paid $20,000 as appearance fees.

While Chibsah runs some background checks with his news connections, Otto Addo called up a few of his colleagues in the German national team who validated the information.

Ghana’s 2006 World Cup squad were not going to back down.

This sparked the lads to call a players-only meeting where the decision was taken to conduct more due diligence on the matter before presenting their findings and their case to the Black Stars Management Committee.

In attendance were Baffour Gyan, Samuel Osei Kuffour, John Mensah, Stephen Appiah and Yussif Chibsah who was described by his teammates as the accountant because in these meetings he came along with his pen and paper.

The players felt an urgency to earn as much as they could from the competition because they did not believe that Ghana had realistic chances of defeating Italy and the Czech Republic.

A paycheck of just $ 10,000 at perhaps the most popular event on the planet was not going to cut it.

Armed with bulletproof information and a shared sense of brotherhood the decision was taken to either get theirs or down tools.

“The word among the players heading into the competition was that we could not beat the Italians nor the Czech’s who had the likes of Pirlo and Nedved.

“Guys were scared, that’s a fact.
“Our only hope of making some money was to beat the United States whom we knew we could manage.

“With that in mind we took the decision to revolt until what was rightly ours was given.

“The officials were in panic mode at our change in aura,” revealed Baba Amando a member of the five man stand by or emergency team.

The first batch of negotiations were diplomatic and were led by Fred Pappoe who was Chairman of the Management Committee as well as Randy Abbey who was communications director.

At this juncture, the players asked to be paid $50,000 or they would boycott the World Cup.

They came to an agreement with management that all players in camp should be paid $50,000 and while the conversation was ongoing Chibsah quickly did the math for all 28 players. 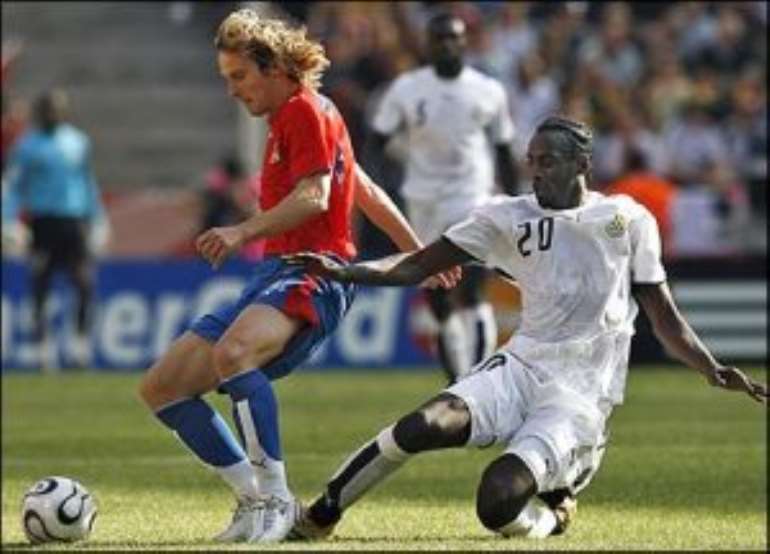 Negotiations did not end there but continued to Austria where the management of the team suggested wiring player’s monies to the FA headquarters in Ghana where benefactors could pick it up on their behalf but that idea was shut down by Bayern Munich’s Kuffour who didn’t think it feasible.

The team arrived in Germany with all involved believing that equality was the name of the game.

The World Cup kicked off and all appeared calm and normal until the eve of Ghana’s first-ever World Cup match against Italy in Hannover.

The management of the team pulled a U-turn on the earlier agreement to give everyone $50,000 and had now decided that the 5 members of the emergency squad would only be entitled to $10,000 when the team arrived in Cologne.

This did not go down well with the playing body.
A meeting was called to discuss the new developments and the direction that would be taken.

The tension ramped up to a whole different level when former GFA President Kwesi Nyantakyi had to sit in this meeting according to a member of the squad.

The players were united in their stance that every one of them should be entitled to the same amount especially as some had played key roles in the qualifying process.

Baffour Gyan, in particular, was allegedly on the verge of losing his cool and was seething with anger.

He played in one of Ghana’s qualifiers with his hand bandaged to his side with Ghana out of substitutions.

Among the permanent 23 man squad were guys who hadn’t logged a single minute of football during the qualification journey. This they felt was the highest form of injustice.

But all hell broke loose when Otto Addo questioned the team officials to justify the sudden change in stance.

Baffour Gyan had seen enough and rose to give the meeting a piece of his mind as well but was quickly asked to sit down.

In the heat of the moment, Sulley Muntari broke out of the huddle and hurled a chair across the room in disgust in the direction of the FA boss and the officials present.

They scattered in all directions, the meeting was over.

After his fight with a member of the Black Stars management committee during the Brazil 2014 World Cup, Muntari was painted a villain but it appears his actions had roots from 2006.

Sulley had always been regarded by Ghanaian football fans as a maverick and by his teammates as one who would take one for his brothers as would later be witnessed at Brazil 2014.

Stephen Appiah was also singled out as one of the leaders within the team fighting for equality in the distribution of the remuneration.

“A couple of years after the incident some of the players enquired and we got in touch with the FA.

“Then FA president Kwesi Nyanyakyi admitted that he remembers the situation with our money but he also pointed out that the FA was in financial difficulty and that when they had money they would pay.

“That was all, we have not followed it again but we have also not received any money,” Chibsah revealed while on The Tracker on Citi TV.

The Ghana Football Association received close to $8.8 million dollars from FIFA as total prize money with about half that sum going to government.

On the pitch, the Black Stars went on to exceed expectations by finishing second in Group E with 6 points after victories against the Czech Republic and United States.

They however succumbed to a 3 – 0 humbling against Brazil in the first round of the knockout phase.

This was a team excited to play well and enjoy themselves while auditioning for future suitors despite not being too confident.

That objective was derailed and diluted with persistent talk of money which was not their intention.

The players trust in the administrators was broken and there was no going back.

It might have happened to only 5 members of the pack but the ripple effect stained the entire group and they would never forget.

This should put to bed the discussion of whether players only care to play for their nation based purely off patriotism and not financial gain.

As much as footballers love their countries and feel a sense of pride to wear its colours, they also appreciate that it’s a job which could end abruptly.

A word to the wise.