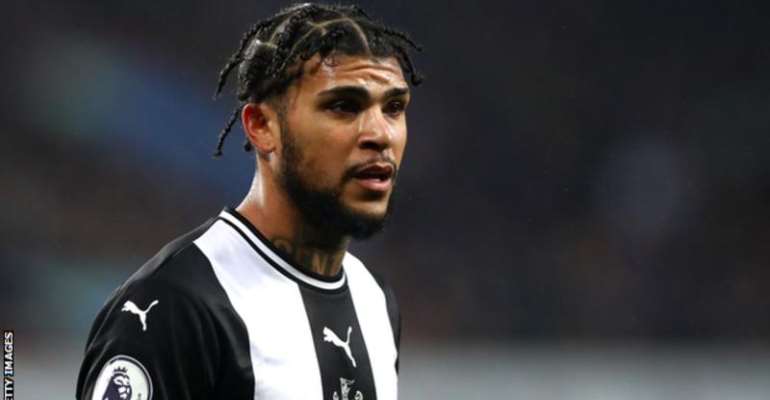 Yedlin has won 62 international caps for the US

Newcastle and United States defender DeAndre Yedlin says his grandfather is "glad" he does not currently live in the US as he would fear for his grandson's life "as a young black man".

Protests have been held in the US and worldwide after George Floyd, an unarmed black man, died while being pinned down by a white police officer.

Yedlin, from Seattle, moved to England to join Tottenham in 2015.

The 26-year-old said his grandfather's text message "has not left his mind".

Writing on Twitter, Yedlin, who signed for Newcastle in 2016, said: "A couple of days after George Floyd's death, my grandfather texted me and told me he's glad that I am not living in the U.S. right now because he would fear for my life as a young black man. As days have passed, this text from my grandfather has not been able to leave my mind.

"In no way are we asking black lives to matter more than white lives, all we're asking is we are seen as equal, as more than 3/5 of a man, as humans.

"My heart goes out in solidarity to George Floyd, his family, and all of the countless number of victims that have had their lives taken at the hands of meaningless police brutality."

Minneapolis police officer Derek Chauvin, who kneeled on Floyd's neck, has been charged with his murder. Three other police officers have been sacked.

The Floyd case has reignited deep-seated anger over police killings of black Americans and racism, and protests have swept more than 75 cities across the US.

A large number of footballers and clubs are marking 'Blackout Tuesday', a day of reflection and protest in the wake of Floyd's death.