1992 AFCON: I Never Knew I Will Be Named The Captain Against Ivory Coast - Tony Baffoe 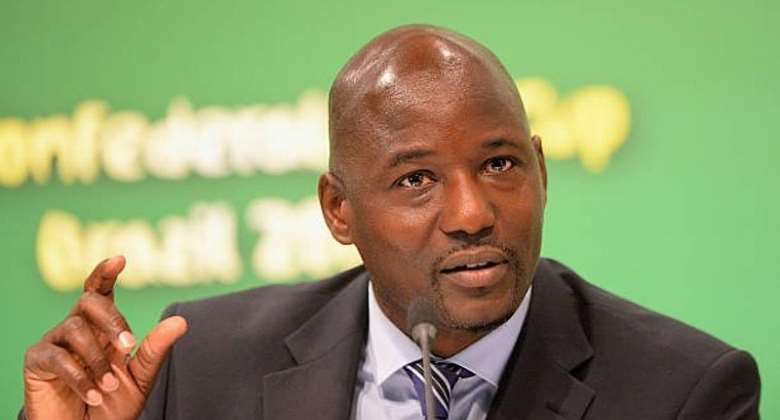 Ghana legend and CAF General Secretary, Anthony Baffoe has refuted claims made by his former team-mate, Anthony Yeboah, that his manager spoke to the former defender to reject the Black Stars captaincy at the final of the 1992 Africa Cup of Nations and hand it over to the striker.

With captain Abedi Ayew suspended for the final following his semi-final booking against Nigeria, Tony Baffoe was handed the captain’s armband to lead the team out against their West African neighbours Cote d’Ivoire ahead of more senior members of the squad like Kwesi Appiah and Tony Yeboah himself.

The decision, which then-head coach, Otto Pfister claimed was a directive that came with a letter from Accra, reportedly destabilized the team and contributed to the team’s defeat.

Yeboah, speaking to Kwabena Yeboah in an interview revealed that he got offended he didn't captain the Black Stars in the finals in Senegal.

According to him, he even got his manager to talk to Baffoe to reject the chance of leading the team.

But Baffoe insists that Yeboah's claims that his manager was in contact over management's decision 'is not true' insisting it is not unusual in football for captains to be changed.

"To set the records straight, I saw an interview from Anthony Yeboah when he said that his manager called me to speak to management that I should hand the captaincy to him. Nobody called me. This is not true. This is exactly what I can tell you," Baffoe told GTV Sports Plus on Sunday.

"I remember Alhaji Maikano, the team manager, came to me and said there were rumours going on and I said whoever wants to take the captaincy should come and take it. I'm not keen on captaincy.

"I can only tell you that when I went to Metz after three months I was named captain of the team. I don't think a captain would make you win trophies," he added.