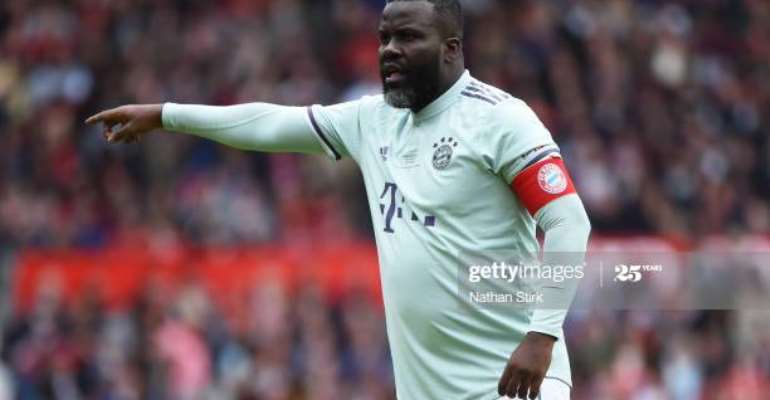 Ghana legend, Samuel Osei Kuffour says his son is eager to play for the Ghana national team but has urged him to work hard to earn his call up on merit.

The Bayern Munich legend is one of the best players to have ever played for the national team, the Black Stars and was a kingpin in the country's qualification to its maiden World Cup appearance in Germany.

Speaking to Joy Sports in an interview, the former King Faisal defender revealed that one of his kids is currently playing in England.

According to him, he cannot decide for the kid what to do but will love to see him play for the Ghana national team adding that he must work hard to earn a call-up.

“I want him [junior] to choose what he wants to do. It depends on him [to choose the country he plays for] but my influence will play a major role. Yesterday we were just texting.

“I posted my picture of 20 years ago on my status. He said ‘daddy I have seen that picture’. It was Ghana against Cameroon in 2000. He told me ‘I would love to be in this jersey one day’. I told him that God willing, he will be there but he has to put an effort.

“He needs to work hard for it. He cannot get it on a silver platter because his dad is Sammy Kuffour. It doesn’t work like that. He said he understands.

“He can play in the midfield, he can play as a centre back so I watched him playing and I was really impressed. Don’t you think Abedi Pele is happy right now [seeing his children playing for Ghana]? I will be happy if it happens with mine,” he added.