Kotoko Board – The Sticking Issue 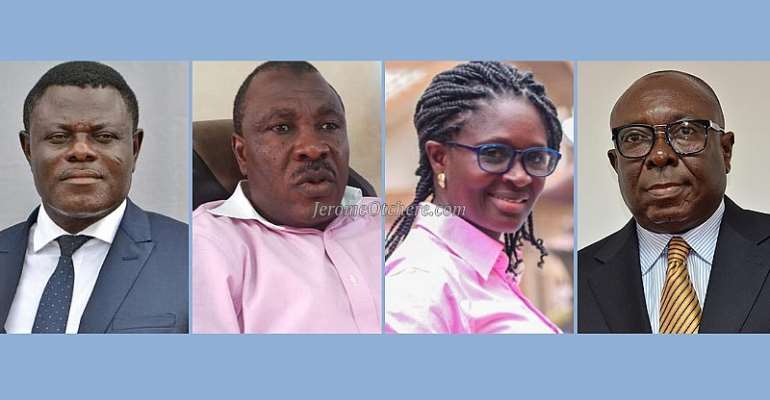 In certain quarters of Kotoko supporters, it was much like a victory when Manhyia Palace announced in a press release on Thursday that, it has retained businessman, Kwame Kyei as the Chairman of the new Board of Directors. The reason for his retention was unmistakably clear: “It is in recognition of the fact that he single-handedly financed the club’s operations over the past three years” said the media release.

I have seen conversations among Kotoko fans in WhatsApp groups, dissecting the issue pertaining to the Board and what their expectations are. Majority of the fans welcome the task given to the Board but some naturally have grounded fears. From my interaction with some of these fans, they have no difficulty with the formation of the Board.

The constitution of the Board is in compliance with the licensing regulations of the Ghana Football Association and the country’s company laws, they agree. Their fears are however premised on knowledge of Kwame Kyei’s earlier management style vis-à-vis demands for better corporate governance culture at the club.

These fans see a potential conflict that may hamper a smooth administration. It is not that Kwame Kyei has not managed his businesses well, they say. The issue is the history of developments that occurred in his first stint as Chairman and the fact, sound management practices were missing, giving birth the Prof. Lydia Nkansah committee.

To dispel fears of the Chairman and his Board’s relationship becoming like the mixture of oil and water, it has to be understood that, the Chairman previously ran a one-man show, where he exclusively financed the club as acknowledged by Manhyia Palace. Under the new order, there will be inputs of eight other directors but then only a novice in Kotoko affairs will take this view without question.

I will not elaborate. Kotoko’s history is replete with Boardroom conflicts arising from who funded what and at what time. Kwame Kyei’s management style is a secondary issue. How effectively the Board and the Management ensure sustainable financing of the club, not relying on an individual’s pocket, will be one of the sticking issues.

There is nothing to worry about if funding of the club is well-determined and sustained. However, in the event of the club’s financing falling on one shoulder alone, the burden on that shoulder, will hand it undue power and control, that can eventually endanger the expected corporate governance. This is a legitimate concern. We dismiss it at our own peril.