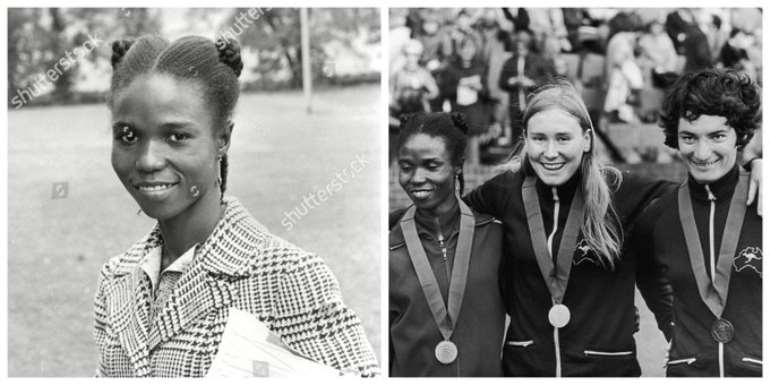 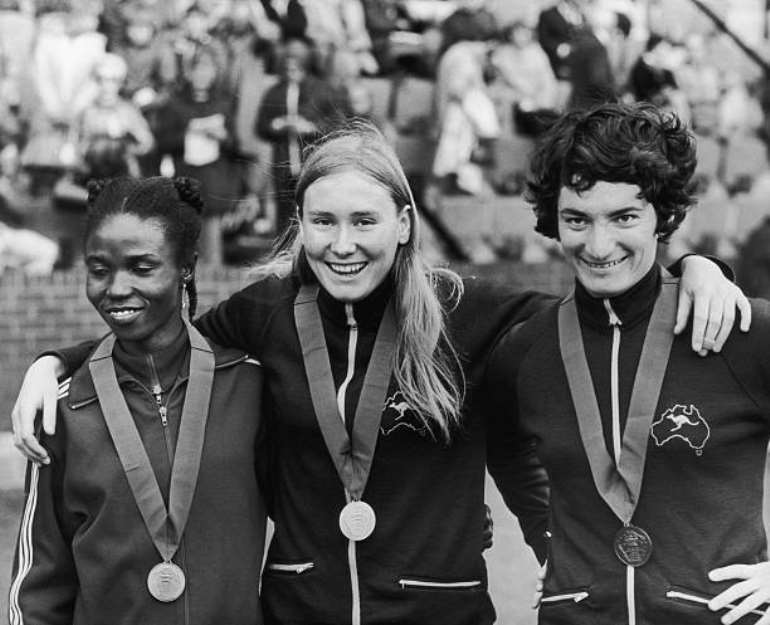 19th July 1970: The winners of the Women’s 100 metres final at the Commonwealth Games in Edinburgh. From left to right, Alice Annum of Ghana with Silver, Raelene Boyle of Australia with Gold and Marion Hoffman of Australia with Bronze. (Photo by Hulton Archive/Getty Images)

The athlete is widely known as ‘Baby Jet’ due to her remarkable speed game though currently, Ghana Black Stars footballer Asamoah Gyan goes by the same nickname.

Ghana’s first sensational female Olympian sprinter but little known, she won gold at the 1965 All Africa Games (long jump) in Brazzaville, silver at the 1970 Commonwealth Games in Scotland, silver again in both 100 meters and 200-meter races and bronze in the 1974 New Zealand edition; 200-meter section.

She was one of many athletes produced by the defunct National Sports Festivals organised annually in Ghana. She benefited from the sponsorship of Ghanaian athletes by the United States.

She competed in the 1964 Olympic Games but did not advance past the preliminary stages in the long jump, placing 28th with a best jump of 5.45 meters.

She was honoured in 2010 for her achievements in sports by the Action Progressive Institute in Ghana.