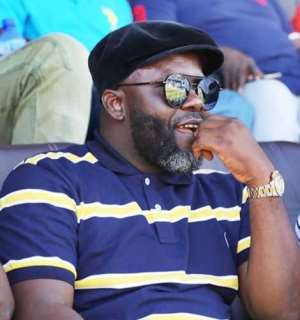 Former Ghana international, Samuel Osei Kuffour says he is not giving up his dreams of becoming a pastor.

Kuffour is one of the few Ghanaians who had a good career playing abroad.

He played for AS Roma, Bayern Munich among other clubs in Europe.

But speaking to GTV Sports Plus, Kuffour revealed that his childhood dream was to be a pastor but he is not giving up despite opting to play football.

"I wanted to be a pastor growing up," he said.
"I am growing but I am giving up on becoming a pastor. I was something I wanted to fulfil growing up.

"I have succeeded in playing football but I am not giving up on becoming a pastor," he added.

Kuffour became the youngest Olympic Football Champion of all-time when he collected bronze at the 1992 Olympics just before his 16th birthday.