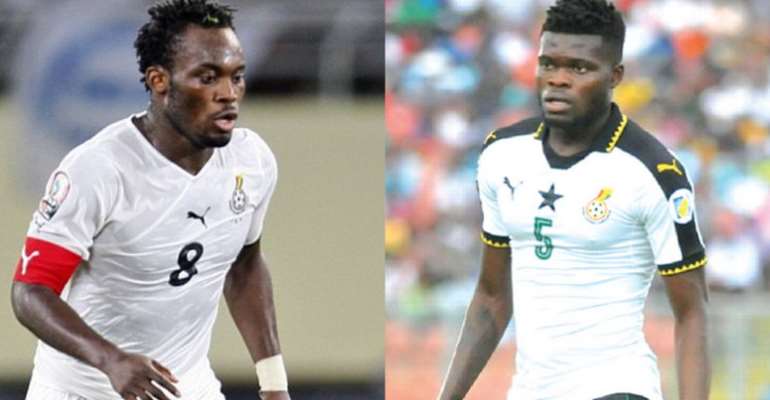 According to him, Essien has already paid his dues to the football fraternity and he has established himself as a legend, while Thomas Partey is now carving a niche for himself, so comparing the two is disrespectful to the former Chelsea midfielder.

The Atletico Madrid kingpin has been in the form of his life, having been the best performing for the La Liga side and his display has attracted offers from several clubs with Arsenal leading the pack for his signature.

Some Ghanaian football-loving fans have put up engagement post on social media to compare Thomas Partey and Micha Essien and this has triggered a debate in the West African country.

However, Gyasi believes Partey is a fine player but Essien is a legend and must be respected.

“I think it is not good to compare both players,” he said in an exclusive interview.

“Partey has his qualities as a player and so does Essien but Partey will always agree that he does not come close to Michael Essien.

“Partey is a fine player in a good form but he should not be compared to Michael Essien,” he added.

Essien had a successful career in Europe, won the Ligue 1, Premier League, UEFA Champions League and a host of other trophies.